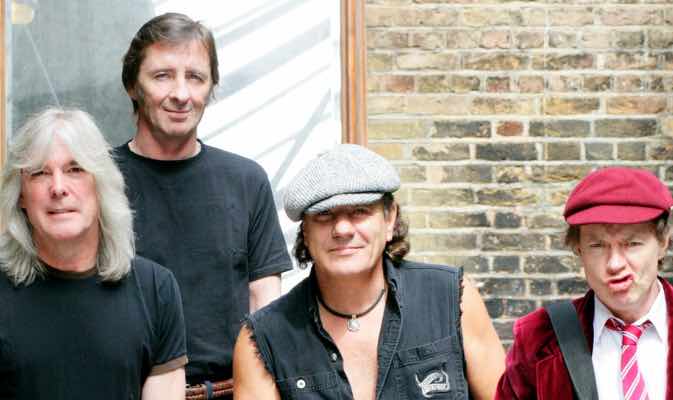 “The first time of AC / DC was incredible, we were all very young and of course it changed my life,” said Evans, via translation.

Cronica wrote, “In 1974 the singer moved away from the band and was replaced by Bon Scott. The following year he continued his career in rock at Rabbit, recorded two albums. Also, already in the mid-80s, he formed Dave Evans and Thunder Down Under, with whom he recorded a tribute album the band of the Young brothers.

During the press conference, Evans said that rock fans and especially AC / DC, would enjoy the evening and indicated that if they do not know their music, listening to it will enchant them especially for the positive message expressed in the lyrics.”

With Brian Johnson’s health problems, Evans still does not want to return to the band, as he enjoys his solo career. “I would like to return but I am not so sure because I enjoy these moments, I live in the present and I am very busy in Mexico,” he concluded.

Brian Johnson, Angus Young, Phil Rudd, and Cliff Williams are rumored to reunite for a massive tour in 2020, along with a new album, though they recorded in 2018 and have yet to release any news. Angus Young recently dropped a 2020 AC/DC tour bombshell.