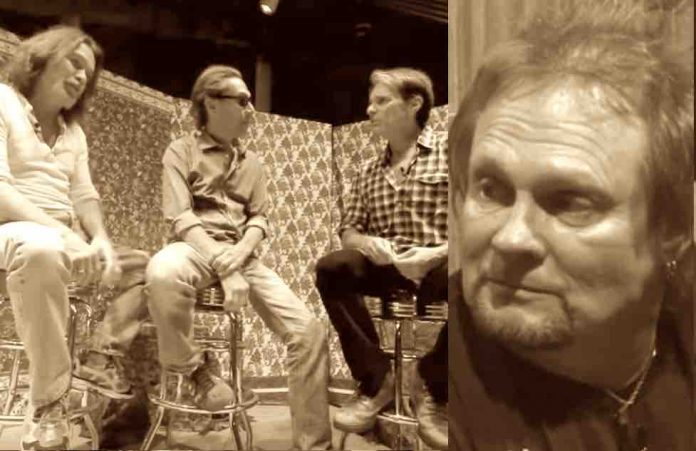 Former Van Halen singer Sammy Hagar said he is literally ‘dreaming’ of himself and Michael Anthony reuniting with Eddie Van Halen and Alex Van Halen, due to how highly unlikely it is. Sammy Hagar revealed his hopes for a tour with David Lee Roth a few days ago.

Billy Van Halen commented on Hagar’s social media, “Why do I have the feeling that you will have a reunion with the Brothers…..” Hagar responded, “You’re dreaming like me in this video😂.”

Van Halen fans on VHLinks.com recently discussed Chickenfoot, Hagar and Michael Anthony’s supergroup with Joe Satriani and Chad Smith, and how Hagar revealed in a new magazine interview that scheduling has essentially ended the band.

Don’t Disturb My Paradise chimed in, “He said theres too much going on with The Circle. They tried to headline a show in September, but found out Chad’s playing with the Peppers on that night. Plus basically CF is too hard to find time for.”

Rokgtar responded, “I admittedly haven’t heard much of CF, but I do follow the discussions you guys have about the band/project. It seems Chad is always the holdup/hang up. Is he that good; that irreplaceable in CF?

I know he’s a good drummer, but I don’t get the feeling he’s AVH/Neil Peart/Copeland good. Do they just like his company? What does he bring to the band that Jason Bonham or Kenny Aronoff wouldn’t?”

Aero8279 said, “Not surprising. I feel like he closed the book on them after the 2nd album didn’t sell as well as the first which is a major bummer. they put on one hell of a show. I’d love to see them record a few songs, go on a mini tour, and call it a day. I need 1 more show to see of them.”

Van Squalen concluded, “It’s a damn shame. CF live was the best live VH derivative post 1995, for me. They were so tight as a band, so chemically on point. The road test Roxy gig in ‘09 is absolutely one of the best gigs I’ve ever seen from any outfit.” Michael Anthony dropped a new Van Halen singer bombshell last week.