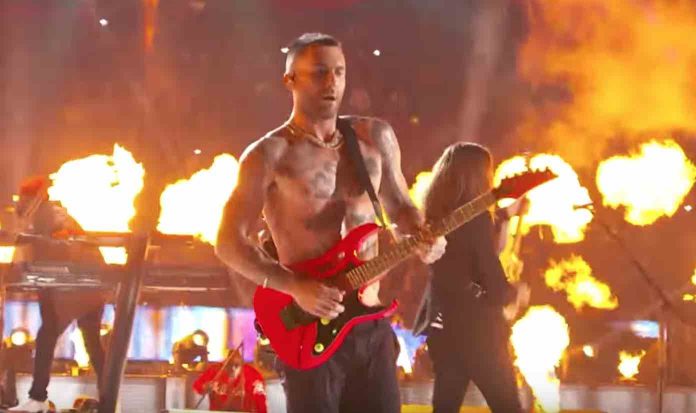 Maroon 5 vocalist Adam Levine was recently accused of having an affair. Recent claims were made against him by an Instagram model, Sumner Stroh, who has been posting a series of alleged DMs in a TikTok video on September 19th. These shocking claims come just one week after his wife, Behati Prinsloo, announced she is expecting their third child to the media.

It has now come to light that Adam Levine admitted he doesn’t think monogamy is natural in an unearthed interview conducted five years before he wed Behati Prinsloo.

Adam Levine talks about being unfaithful

The ‘Animals’ singer previously admitted that he had been unfaithful in the past and could understand why men are.

In a 2009 interview with Cosmopolitan – five years before he married Prinsloo – he was asked ‘why do guys cheat?’ to which he responded: “Instinctively, monogamy is not in our genetic makeup. People cheat. I have cheated. And you know what? There is nothing worse than the feeling of doing it.”

Levine, who is worth an estimated $150 million, previously embraced his image as an A-list lothario – even admitting in a 2012 interview that he had enjoyed a ‘promiscuous’ phase and blaming his desire to sleep with so many women on the fact that he ‘loved them so much’.

After dating for two years Adam Levine and Prinsloo got married on 19th July, 2014. The couple welcomed their first child, Dusty Rose, on 21st September, 2016. Gio Grace was their second child who was born on 15th February, 2018. At present they expecting their third child together.

Levine’s former yoga teacher has also accused him of sending a dirty text to her – as she became the fourth woman to come forward with explosive claims against the Maroon 5 singer. Alanna Zabel, who trained the pop star from 2007 to 2010, alleged he said he wanted ‘to spend the day with you naked’ and bragged to his friends about how she had ‘the best a** in town and it was cute’.