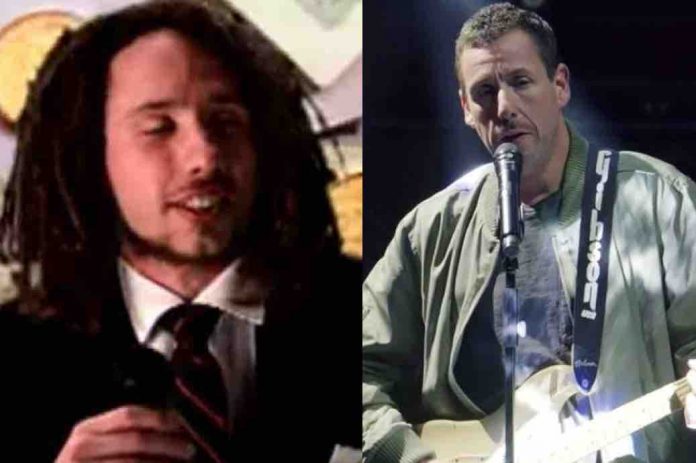 Adam Sandler discussed the reunited Rage Against The Machine who are heading out on tour in 2020 on The Howard Stern Show last week, revealing that he secretly was jamming with Tom Morello. Could Sandler come up onstage with RATM for a concert in 2020 and sing with Zack de la Rocha? We’ll have to wait and see.

MarksFriggin.com recapped: Howard said Fred [Norris] is a great guitar player. He asked if he has a studio in his garage. Adam said he does. He said Lindsay Buckingham has been there. Adam said he used to do these Happy Madison parties. Howard asked what they were. Adam said he would have all kinds of bands over. He said he’d have bands that he loved growing up. He said Tom Morello would play a lot. Howard said that’s a genius there.

Rage Against The Machine’s ridiculous reunion tour prices were revealed last week. Howard asked if he hates anyone. Adam said not really. Howard asked if anyone has turned down his parties. Adam said he’ll ask someone else to ask first to make sure they’ll show up.

Howard tried to wrap up again but they ended up talking about the Gotham awards and how Adam lost that. Adam said he had to sit there and possibly get smacked in the face when he lost. He said there were no cameras there but there were people looking at him. He said he heard the name Adam and thought that he might win until he heard Driver. Howard asked who else lost. Adam said Willem Dafoe lost too. He said they were sitting near each other.

Howard said he hopes he gets an Oscar for this film. Howard gave him more plugs and asked if he has any advice for people. Adam said go for your dreams. Robin asked if that works for everyone. Adam said he’s not sure. Howard said it worked for him. They went to break a short time later. Adam Sandler made a stunning Eddie Vedder party claim last week.