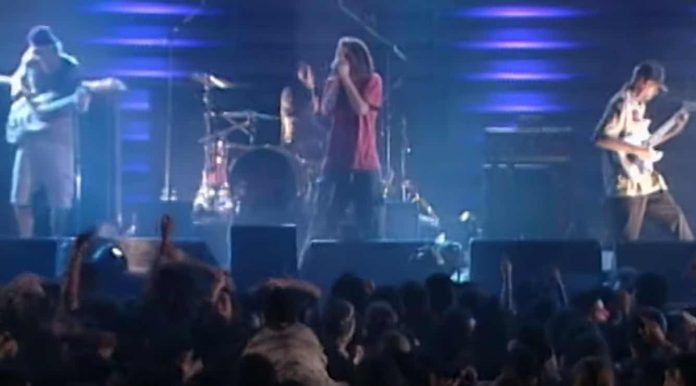 Guissilva9 commented, “Tom is a communist but doesn’t do a free show.” Morello responded, “Done HUNDREDS of free shows. #factcheck.”

Guissilva9 shot back, “@intothewood.eu It’s true, the communists may not, but the people living under this authoritarian regime would like to eat as well as the leaders. I love the job of Tom, in my opinion, is the best guitar player at the moment, but a I don’t like communism and the destruction that it’s caused in the world.

Morello responded to another fan who thought Kenya was a socialist country, “Kenya has never been socialist. Since independence it has had a neocolonial capitalist economy. The hallmark of the internet is people who have no idea what the fuck they are talking about talking about it anyway & making damning conclusions based on their blatant misconceptions.”

A stunning Rage Against The Machine 2021 tour plan was revealed a few days ago. Tom also marked what would have been the 40th birthday of antiwar veteran Tomas Young. He tweeted, “Ahh happy birthday to my dear friend. Miss you so much brother. Ultimate bravery to be a soldier who stands up against an unjust and immoral war. Please check out the documentary on his life “BODY OF WAR.”

Morello’s pinned tweet plugs a new project of his, “I’m incredibly excited about my GUITAR REVOLUTION guitar camp throwdown coming up in January. Here’s a taste of some of what you can expect – Get more info and register now at http://tommorellosguitarrevolution.com.” Tickets for the Guitar Revolution camp range between $899 and $3,099.