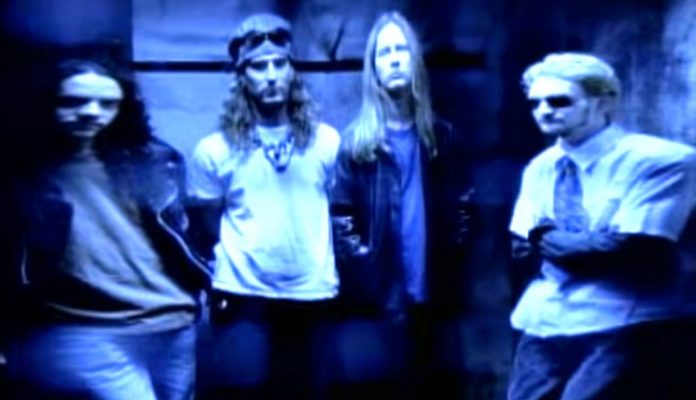 Drum Magazine recently published an article that celebrated the 23rd anniversary of the release of Alice In Chains’ self-titled third studio album, released in November 1995. In the article Sean Kinney shared an interesting description of the album that someone gave him.

Alice In Chains, the self-titled third studio album from the rock band, peaked at #1 on the Billboard music charts on this day in 1995. The album spent 46 weeks on the charts and has since been certified triple platinum.

Spend this Sunday with the sounds of Alice In Chains, which drummer Sean Kinney said someone once described as “… beautiful music that you want to die to.”

He also discussed his trademark drum sound with Drum Magazine.

“A lot of drummers just consider their cymbals as one more thing to keep time with,” he says. “I like to think of them as a tool for me to color with. With loud guitars, you have to pick your moments and make them count. The cymbals become something you not only hear but feel. You sit back and listen to the overall picture, and you go, Yeah. That’s cool. I get it.”