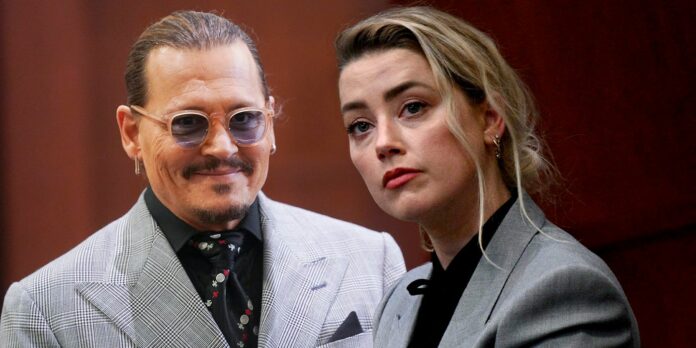 A few things come to mind when thinking about having to pay your bills. One of them would be to ensure that you have all of the money to do so. One of the last things that makes sense is spending a lot of money when you know that you have a large bill coming up. Amber Heard would be the person to speak to about the art of this as her spending habits have just been revealed.

We are just a few days removed from the court case which saw Amber Heard vs Johnny Depp ending in Johnny Depp being the winner of the case. Before the verdict was revealed, social media was torn into two halves. One side was for Johnny Depp, while the other side claimed that Heard was the victim that should be the focal point.

Also, before the verdict was read, it emerged that Amber Heard was staying in a luxury $22,500-a-month Virginia mansion during her defamation trial against Mr. Depp.

Heard also was forced to get rid of her 13,000 square-foot home throughout the trial, as the she says she can’t afford to pay the more than $8 million she owes her ex-husband after a jury ruled she defamed him.

The total bill that the actress was ordered to pay was $15million – $10 million in compensation and $5million in punitive damages.

Amber Heard also did win some money at the price of $2 million, but it’s safe to say that that money may as well not even leave Johnny Depp’s pockets since it will be going straight back to his bank account.

All is not yet said and done for Amber Heard or Johnny Depp as Amber Heard is suspected to file some sort of appeal on the case even though there seems to be a lot of evidence that will kill any momentum behind the appeal in court.