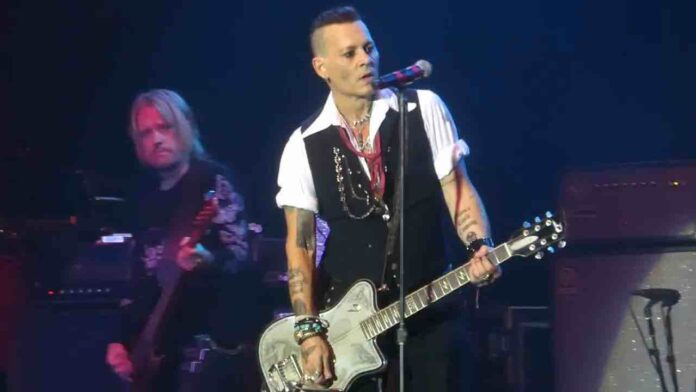 The dramatic conclusion of the Johnny Depp-Amber Heard trial that lasted for six long weeks saw the jury awarding Depp $15 million in damages. The jury also favored some aspects of Heard’s counter-suit and awarded her $2 million in compensatory damages. The Aerosmith bassist Tom Hamilton recently took to his Twitter account and reacted to the same. He expressed his offer to ‘high-five’ Johnny Depp.

Here is what he wrote: “I’d like to belatedly give a high five to Johnny Depp for prevailing the other day. Plus the song I heard from his most recent release totally rocks!”

I’d like to belatedly give a high five to Johnny Depp for prevailing the other day.
Plus the song I heard from his most recent release totally rocks!

The trial has been grabbing the headlines for quite some time now and according to reports, the famous Hollywood actor filed a $50 million defamation suit against his ex-wife for a column she wrote for The Washington Post. She further accused the Pirates of the Caribbean actor of domestic violence. The actress filed a countersuit for $100 million against Depp in response.

During the trial, it was noted that Amber Heard reportedly defecated on The Pirates of the Caribbean star’s bed. According to Heard, it was a practical joke gone wrong. There were also many other reasons presented by her and her team as to where the feces came from.  Logan Paul recently opened up on the matter and shared his take.

Previously, Aerosmith frontman Steven Tyler had revealed that he spent a whopping sum of $6 million on cocaine in his lifetime. In an interview on the Australian “60 Minutes,” Liz Hayes asked Aerosmith frontman Steven Tyler if it was true he’d spent upwards of $20 million on cocaine was true. “No, probably, realistically 5 or 6 [million], easy,” he answered. “But it doesn’t matter. You could also say I’ve snorted half of Peru. It’s what we did.”