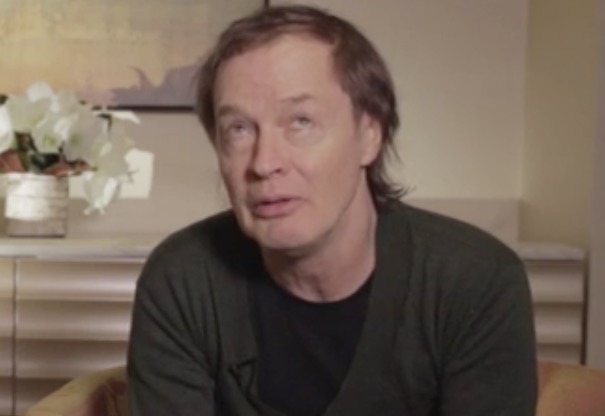 AC/DC guitarist Angus Young reacted to rumors about the band over the years in a never before released online Classic Rock Magazine interview, where he ripped frequent AC/DC breakup rumors and an odd story claiming that he poisoned Bon Scott. Young was asked by the interviewer what the strangest rumor he has ever heard about himself is.

“It’s not particularly strange, but the one we hear most often is that the band have split up. That one seems to come up between each tour. And somebody once tried to say that we had poisoned Bon.”

Angus also discussed his issues with critics. Young said, “In my dealings with them they don’t f**king want to talk about the music, it’s all about the art or the statement you’re supposedly trying to make. These days it’s fucking worse – it’s all about the grooming and looks.

Okay, I still wear the school uniform out there, but my first thought isn’t how I’m going to [duck]-walk across the stage, it’s: ‘Is my guitar in tune?’ And then when you’re happy you get a spring to your step.”

A new AC/DC tour was announced by a big name on The Howard Stern Show a couple of weeks ago, and a new album has been recorded as well, with fans weighing in on reports. Kon-Tiki66 posted on Reddit, “I bet it’ll be a best of compilation with a new song or two. It’s supposed to be a tribute to Malcolm, so they’ll market it that way.

Now that Malcolm and George are gone, the band’s management company is calling all the shots and like all recording labels, they’re just a bunch of shameless whores.”

EpicSteak responded, “I call bullshit, I think you will find Angus calls all the shots. He is loaded and has no reason to do anything he does not want to.”

MHiltonMusic shot back, “Nah, Mike Fraser (their studio engineer) said they were actually in the studio doing something, and all the pics from last year was the band actually at Warehouse Studios in Vancouver. No official announcements yet, but there is a pretty solid chance we’re actually getting a new album at some point soon.”

You can read the full Angus Young interview at Louder Sound.