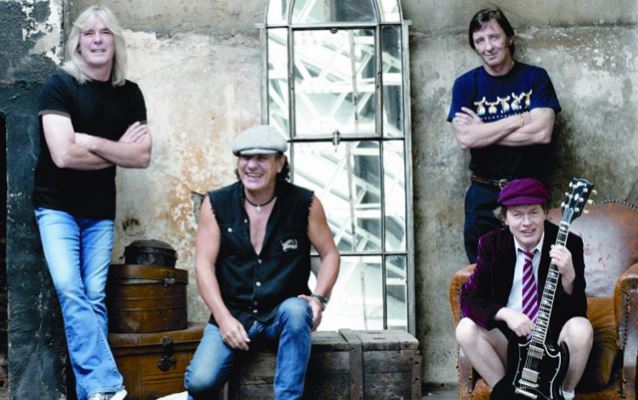 AC/DC are rumored to have postponed the rumored 2020 reunion tour featuring Brian Johnson, Angus Young, Cliff Williams, and Phil Rudd. The band reunited in 2018 in Vancouver to record new material, and this latest rumor has led to breakup speculation. An AC/DC icon revealed a ‘nonsense’ Angus Young demand yesterday.

Jem, the admin of ACDCFans.net who has sources connected to the band, posted yesterday, “I going to spend my tour cash on sour mash and cheap wine. But keep my credit card clean. AC/DC 2021! RTFO.”

Piledriver said, “Guys really? This was it? The guys spend 2 months in the studio and nothing came out of it? Really?? I don’t want to believe that! I can understand no tour, but why not release the material??

After I was really happy seeing the boys back together, I am now at a point were I feel sad that we will never hear new music from the nearly classic line up…”

Brian Johnson revealed if he used heroin earlier this week. Jem responded, “Sony will remain extremely keen to release new product before or incorporated into a compilation/collection. It remains to be seen how this all resolved. Sad, if it just fizzles out. Still hope in the box.”

7seven responded, “Thanks Jem…Jem, are the problems we were talking about many moons ago solved or is there still something to solve…

Do you know if they were really using original Mal rhythm takes for the tracks. If you won’t comment that i totally respect that, but maybe you can go a little bit more out of the box. Anyway, thanks for all Info’s so far. Let’s hope there will be something soon.” Starsky said, “Well shit, this situation sounds more and more hopeless to me. I don’t want to believe it’s over. I wonder what Angus thinks…” An AC/DC member revealed tragic news from a doctor in a recent interview.