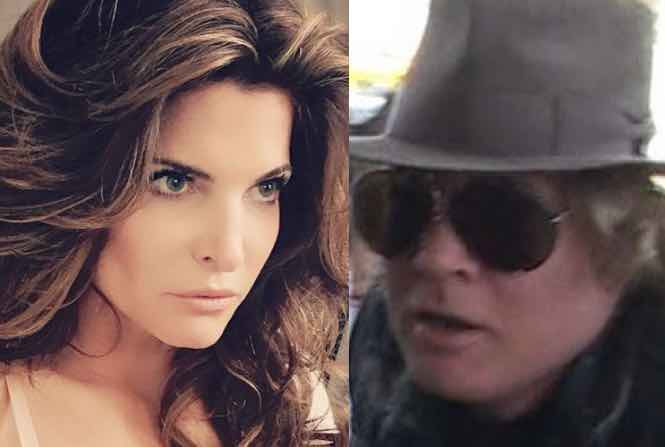 Axl Salinger posted on MyGNRForum.com about the rumored new Guns N’ Roses album, “It’s certainly hard to be optimistic considering this band’s ridiculous history of not releasing anything for years and years. However, we have to admit that there are several positive signs:

– We know there’s a lot of songs in the vault

– Slash & Duff have hinted at new music, & Slash was in the studio

– Fernando and Jarmo both seem optimistic about new music in 2020 (and they have connections to the inner circle, obviously)

Am I optimistic? Not really, because we’ve been disappointed so many times before. I think Axl still partially lives in the vacuum of 1991, where bands got huge advances for new music. I have wondered if his demands were part of the Chinese Democracy delay. And I wonder if Slash’s recent comments referred to the idea that bands don’t make anywhere near as much money from a new album as they used to, but a new GNR album is extremely valuable, so finding an agreement that the band and record company can be happy with ain’t that easy. Especially for the first new music featuring Axl & Slash since 1991. The band wants money and a big promotional budget to move forward.

Fernando’s 6-month comment suggests March (if I recall correctly). Maybe it’s been pushed back to May, prior to part of the Euro tour. If nothing happens again this year it’s probably time to just give up and move on. But I still think something will happen, in 2020. Axl can be difficult but I believe that creative drive is still lurking inside him, somewhere…” Axl Rose’s girlfriend had a ‘cowgirl’ photo leak recently.