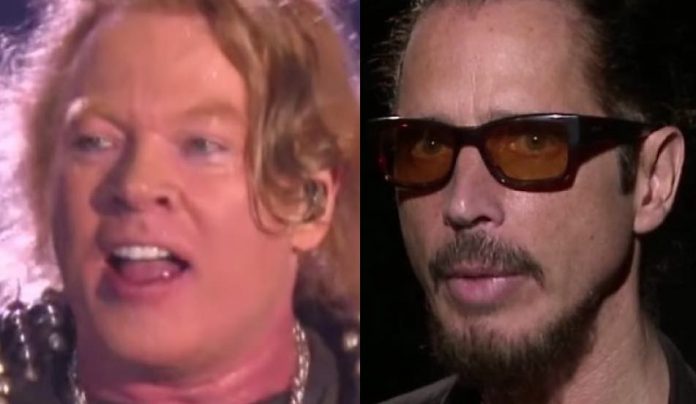 McKagan told Rolling Stone, “We had rehearsed that night, and Axl came into rehearsal and goes, ‘What do you guys think about doing Black Hole Sun? I’ve just been singing it for the last two weeks.’ Axl has a fucking sixth sense like that. I don’t know if we tried it that night, but we talked about it. I drove home and [GN’R guitarist Richard] Fortus calls me at, like, 2 a.m. and is like, ‘Turn on the radio. Cornell’s dead.’ Axl was pretty freaked out by it. But then Prince died a few months later, and to me, Prince was everything. I fucking cried. And then Chester [Bennington].”

Bennington’s death reminds McKagan of how he too dealt with what doctors first told him was depression but he later learned was a chemical imbalance. After suffering a panic attack at the movies with his wife (“I couldn’t move,” he says) he sought help and got medications.

“I call it brain vitamins. It keeps everything moving and it’s not an addictive drug and thank fucking God for that. But for Chester and Chris, experiencing addiction and depression, I know that if it’s depression like I had, when you can’t breathe and there’s no way out, then all bets are kind of off.”

Alternative Nation published an in-depth article last year about Chris Cornell blowing away Axl Rose. Below is an excerpt: