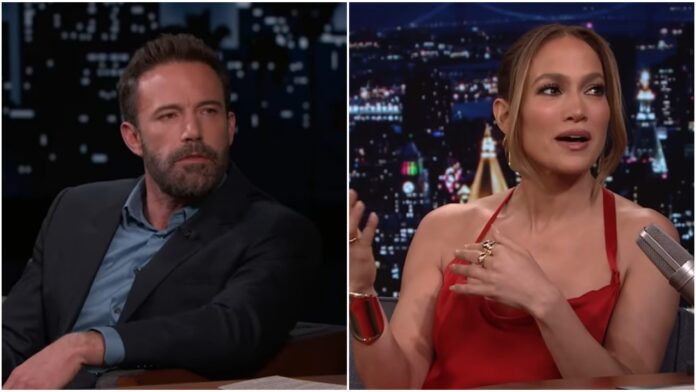 The high-profile romance between A-list Hollywood stars Ben Affleck and Jennifer Lopez just went to another level, once again. It was recently revealed that the pair announced their second engagement. The duo would have a highly publicized and reported engagement the first time around, back in the early 2000s as the pair were engaged for eighteen months from 2002 to 2004.

Lopez and Affleck would collaborate on a couple of films together during this period as well, including Jersey Girl as well as the infamous Gigli. After their split, Affleck would go on to praise Lopez for her talent, success, and work ethic. In the following years to come, Lopez would marry singer Marc Anthony while Affleck would go on to marry actress Jennifer Garner. Lopez and Anthony divorced in 2011 after seven years of marriage whereas Affleck and Garner officially called it quits in 2018.

As for Lopez and Affleck, the two would later rekindle their love in April of 2021. On social media via Twitter, one fan would post photos of the renewed couple alongside Lopez’s adorable daughter Emme during a shopping trip in Los Angeles, California at American Rag. Photos can be seen below.

While Affleck is clearly at the happiest he’s ever been at this current moment, there have been times during his career where that hasn’t been the case and he’s been in a rut. During an interview with Playboy [Via US Weekly], Affleck revealed how his ex-wife, Jennifer Garner got him out of said career rut.

“I sunk into a morass. My wife was definitely around then. Getting to know her, falling in love with her, and being connected with her gave me a foundation to reach out and say, Okay, I’m going to do Hollywoodland; I’m going to direct Gone Baby Gone. Those were the steps forward I needed to put positive stuff on the board.”