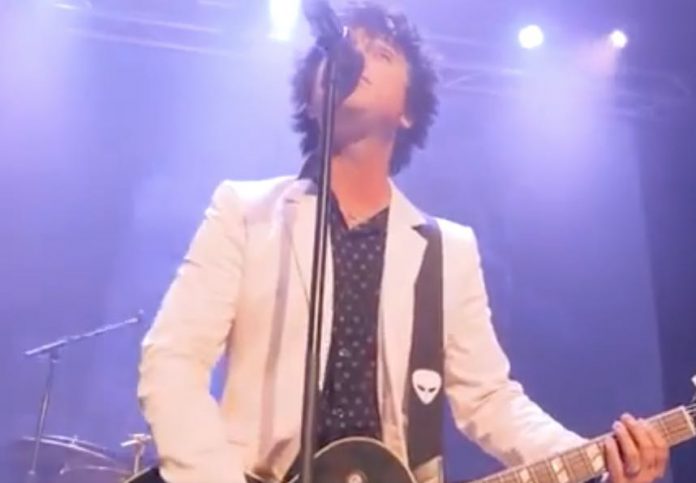 OffGreenFX posted on Reddit, “The only ‘Green Day’ song on this album is Sugar Youth. It’s a great song, just too short, but should sound amazing live.

The rest is decent (Aside from Stab You In The Heart which is just as awful as Fuck Time) and there is some great bass work but it’s really let down by the production. Some songs like I was a Teenage Teenager and Take The Money And Crawl would probably sound a lot more like Green Day if it wasn’t for the huge distortion applied.”

LemmieBee responded, “I really hate stab you in the heart. Also it’s not exactly just a ‘f*** time’ riff that they reused, the riff is a very classic overly used rock riff from the 60’s or whenever. It’s in so many songs it’s not even funny. So when Tre was trying to hype that song up I really wonder why? It’s just not good to me. It’s the worst on the album. Sugar Youth? The best. And all of the rest of the songs, great. Love them. Stab you in the heart just hit me wrong I guess. Too cliche. I can forgive the cliche pop songs on the album, but that one is just a rip off. And I’m probably being too hard on it but it’s just weird.”

Hesitation_IsDefeat chimed in, “Criticizing a Green Day record does not mean that I want a new American Idiot or Dookie. I’m just looking at Father of All and, my God, what a bad record. It is the worst record of the band’s career. It sounds generic, uninspired, without news. It feels like I heard the same song for almost 30 minutes. They are records with songs of at most “Ok”. Father of All doesn’t have totally bad songs, but damn it, Green Day can make much better songs than that, so my agony, but for that they need a good producer.

As a fan of the band since 2003, I say that Green Day is the type of band that needs a good producer to make the band work outside the comfort zone. It was like that with Rob Cavallo. Butch Vig was like that. In 21st Century Breakdown Butch Vig, the band did a lot of work, but it was one of the best-produced albums on Green Day. no one, without a producer. If Revolution Radio sounds generic for the punk side, Father of All sounds generic for the pop side. Uninspired and lazy songs. (Butch Walker is a producer marked by pop records, so I am not surprised by his grip on this new record). The best song on the record, for me, is Sugar Youth.” A weird Green Day and Metallica demand recently leaked.