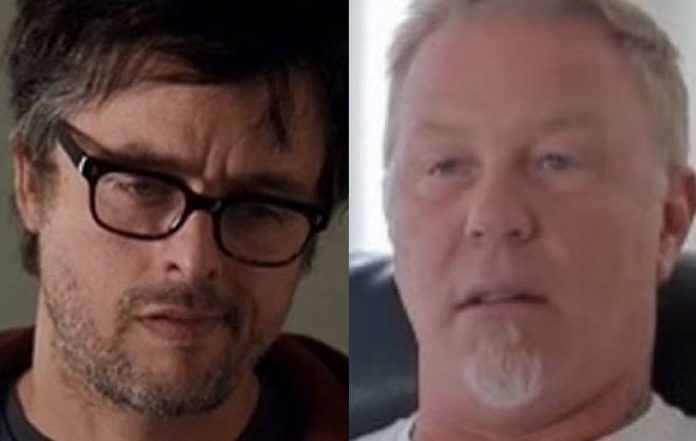 Metallica and Green Day have a very famous fan! Nick Martin of Sleeping with Sirens revealed the top 5 artists he would like to have dinner with in 2020, and the results may surprise you. Lars Ulrich wife bends over at beach in Metallica photo.

A bit ridiculous, as James Hetfield may still be finishing rehab! In other Metallica news, fans on Reddit recently revisited the albums Load and Reload.

PoliticalStuff writes: Yeah, they’ve aged quite well IMO especially Load. Now that it’s not the immediate aftermath of the huge style shift, it’s easier to hear them for what they are and not what they’re not.

Dead Riff responded: “When I first got into Metallica, load and reload were already out and to me they were as much metallica as ride the lightning, which was the album that got me into them. So for me, there wasn’t the expectation of a certain style which I think also helped me accept st anger when it came out. That being said, I can understand the frustration as there are newer bands I grew up with that have come out with albums that are departures from the ones I liked and it’s tough trying to listen to them because I expected to hear a continuation of the same. I think the key to long term sanity as a fan is to go into each new album with an open mind and not expect to hear the same as before.” James Hetfield’s anger at Jason Newsted for quitting Metallica leaks.

Akira1422 writes: Reload is my favorite as an entire album. Here’s why:

Memory Remains – One of their best songs aside from Creeping Death for fan participation. They even started playing an outro to get fans to stop singing along.

Unforgiven II – Great “sequel” song, lure you in with the same sound as the first, change it up, kicks ass all the way through.

Better Than You – Great up tempo song.

Slither – A unique song, but shows they can do other shit and still sound great.

Bad Seed – Do I really need to defend this song?

Where the Wild Things Are – Another one that proves they can change it up and still sound damn good.

Attitude – They turn it back up after letting you rest through Low Man’s Lyric.

Fixxxer – One day we’ll get this song live, I know, one day. This song is an epic ride from start to finish.