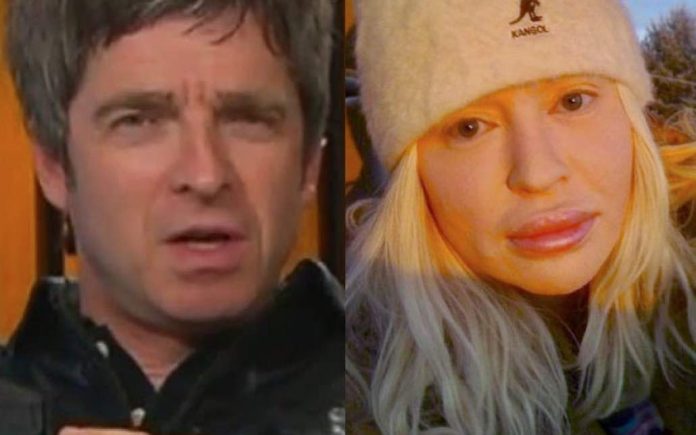 The Smashing Pumpkins are currently on tour with former Oasis guitarist Noel Gallagher’s High Flying Birds, but Gallagher said he isn’t a huge fan of the band, though he does like their 90’s hits. He also voiced his surprising disdain for former Pumpkins bassist D’arcy Wretzky. A Nine Inch Nails icon recently discussed dating a Smashing Pumpkins legend in the 90’s.

Gallagher told Rolling Stone he’s only met Billy Corgan a handful of times prior to their summer tour. “We were in the studio together one time in L.A. I don’t remember a great deal about it apart from I think Billy had just bought a new Ferrari, and he was very proud. I remember smoking a cigarette, looking at this Ferrari, thinking, ‘I’m not into cars. It’s just a fucking car,’ you know what I mean?”

Gallagher did say he likes the hits from Mellon Collie and the Infinite Sadness. “I like ‘1979’ and ‘Tonight, Tonight.’ I remember seeing them do that at the MTV Awards in the ’90s with the full orchestra. I was like, ‘Wow, fucking hell. That’s pretty.’” He said he’s happy that D’arcy Wretzky isn’t a part of the current Pumpkins lineup on tour. “Let’s put it this way. If she was a guy, she would have got fucking kicked in the bollocks.”

Billy Corgan recently reacted to a stunning new Soundgarden album rumor. Corgan revealed he may be planning a new series for unreleased music in a recent Instagram story Q&A. A fan asked, “Do you think you are going to record Cardinal Rule at some point? Fantastic song!”

Corgan responded, “I don’t think so. But occasionally I have this idea to put out a record series called Stray Songs or something where things like that get a fresh airing.

If you remember I did open a whole Plainsong tour with that song and most audiences talked through it even though it was the FIRST song of the night.”