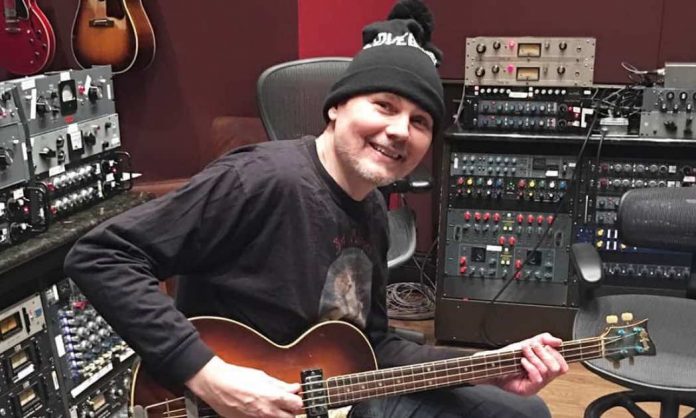 Smashing Pumpkins frontman Billy Corgan recently visited Johnny Ramone’s widow Linda at the Ramones Ranch in Los Angeles and they were photographed near a Christmas tree. Corgan has stated recently that he wants to record a Smashing Pumpkins Christmas album. You can view the photo below.

Corgan was asked about fires recently devastating Malibu in a new Forbes interview.

Steve Baltin: We’re talking as the fires where you recorded this album in Malibu are still going on. What is the role of music in making people feel better during these crazy times?

Billy Corgan: That’s a tough one because we live in such a hyper-politicized culture that even something as earnest as, “Hey, have faith in this group,” can now be turned against you. Personally I think it’s made a lot of musicians gun-shy. where in the past people were more ready to join the fray. The blessing and curse of social media is people can show support, but a lot of times it doesn’t actually lead to anything concrete. And I’ll give you an example. Sometimes people will criticize me for not saying something because I’m supposed to say something. What I’m saying is I believe in the role of music to soothe and comfort people, but we live in an age now where if you’re not careful who you try to comfort and soothe and how, somehow you can be accused of aiding and abetting the enemy, depending on what side of the political aisle you’re perceived as standing on. And we’ve seen that even in some of these horrific shootings, where depending on what the narrative seems to emerge as, people will shrug their shoulders and say awful things because of who the victims were. This is unconscionable to me.