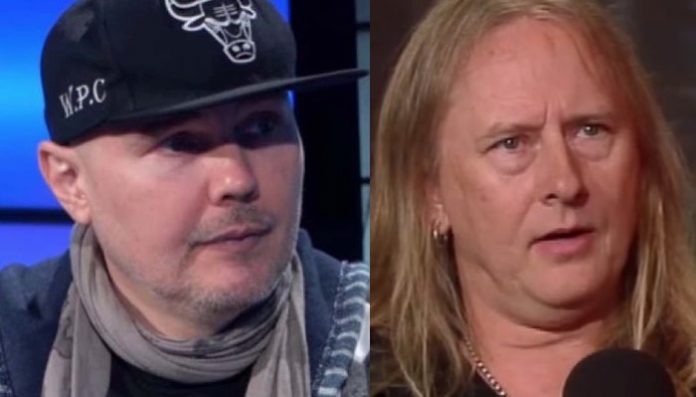 Smashing Pumpkins frontman Billy Corgan was asked about a potential tour with Alice In Chains recently on his Instagram story Q&A, and he appeared to be ready. Corgan made a bold new Soundgarden album claim last week.

A fan asked, “Would you be interested in touring with Alice In Chains if the opportunity arose?”

Corgan also wrote on his Instagram Q&A story, “To those who grew up on MTV in the 80’s/90’s, do you get the feeling they don’t give a hoot about you, your vote, or your viewership? This is why I know alternative rock music is going to have a big comeback. Because it’s their disdain for a whole swath of artists and their fans that sets the path forwards.”

Former Oasis guitarist Noel Gallagher revealed The Smashing Pumpkins member he’d love to kick in the nuts a few days ago. Corgan wrote earlier this month, “REST IN PEACE, HARLEY RACE: I was saddened yesterday to hear of the passing of NWA legend, and of course many other federations as well, Harley Race. For the death of an august legend such as Mr. Race hits those of us hard who know what he meant to the business both as a true champion, as well as a champion for those who, having a dream of competing in the squared circle themselves, sought Harley out as their teacher. Eight times a champion of the @NWA, Mr. Race dominated at a time when only a handful of men could. Steely, soft spoken, and tough as nails, I retain the sense memory as a young boy watching Harley scare me in a way only he could; through the medium of Saturday morning television.

So in my role as President of the organization Mr. Race came to define, let me offer my heartfelt thanks and gratitude to what he gave to NWA fans all over the world, and our sincere condolences to his family and friends for his immeasurable loss. Harley simply cannot he replaced. On a personal note, I’d like to relay a last few thoughts. When I first heard news yesterday of Mr. Race’s passing, my instinct was to step back and let those who knew him well speak; for I’ve had the fortunate opportunity to see first-hand the respect that the men and women in this business have for Harley. A respect I would classify as heartfelt and profound. As well. and though I’ve had the opportunity to meet Mr. Race and work with him, I’d never gotten beyond being in awe of the legend; which as many do classifies me more a fan than a compatriot.

And I share that not out of churlishness but because it illustrates the wellspring for which I draw my passion for professional wrestling and this long, slow revival of the NWA. For a legend like Mr. Race was made through blood, sweat, and tears, back when being a superstar was not nearly as lucrative as it is now; nor as bright. What Mr. Race bequeathed us cannot be bought, but it can be harnessed and directed at a new generation who I’d argue sincerely need heroes like Harley and Mr. Thesz, and of course Dusty. This is our way to pay tribute to the business Mr. Race loved, to make champions in his likeness. Long Live The King.” Corgan recently discussed Michael Jackson’s sister.