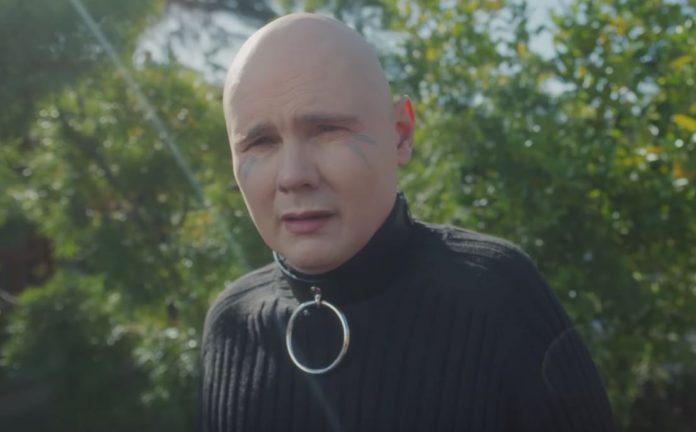 Smashing Pumpkins frontman Billy Corgan described a wardrobe malfunction he had when he was younger on Halloween in a new Instagram Q&A.

“I went one year as a mummy, tore up a bunch of old sheets, safety pinned and wrapped. I lasted about one block before disastrous unwindings.”

A fan asked, “If you would get dressed up for Halloween who/what would u go as?

A fan suggested, “Halloween costume idea: BC dressed as WPC.”

Corgan responded, “So, if I follow your lead the WPC character is blocking you now, cause that’s what he’d do in the spirit of Samhain.”

Another fan asked, “Are there a lot of decorated houses where you are? Almost no kids showed up here.”

“Some good ones, yes. But most people that came to door said not so many kids trick or treating.”

She wrote on Instagram, “Happy Halloween to you and yours! Xoxo @williampcorgan.”

Corgan discussed his relationship with his the guitar in a new Guitar Player interview.

“I think that feeling was a combination of things. One is that I’ve played guitar for 36, 37 years now. It’s like a long relationship. You respect the relationship but you’re not always in love. So there’s that. And then secondarily, you know, I wasn’t necessarily in a hurry to pick up a guitar when the majority of alternative stations in America wouldn’t even play a song if it had a guitar on it. Why would you make new alternative-rock music if no one’s gonna hear it? And I don’t buy the quasi-argument of, “Oh, just make your music and do what you believe.” It’s like, everybody is susceptible to the ways of the world. The Stones made a disco album, you know? Things happen, the world moves on and you find yourself kind of questioning whether the thing that brought you to the dance is the thing that is also going to drive you out the door.

Another thing is that most of what people identify as, you know, in quotations, the ‘classic Smashing Pumpkins guitar style,’ I developed that style when I was about 18 years old. So at some point I had to ask myself, Can I evolve on the instrument or am I just repeating myself? And I actually found a lot of inspiration recently by playing acoustic, which brought out a whole new vein of songs and kind of relaunched me as a songwriter into a different place than I’d been in a long time. But finding myself back in the band now, it’s like, Okay, are we gonna do this again? And if the answer is yes, it has to come from a place of love or it’s just going to sound weak.”

Happy Halloween to you and yours! Xoxo @williampcorgan