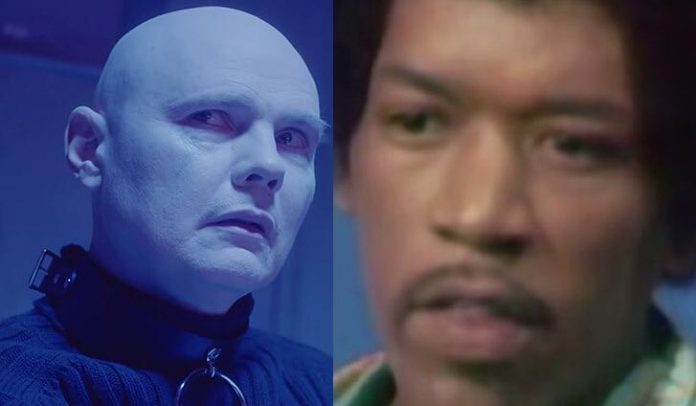 “Continued to develop guitar approaches, motifs for a host of songs; all while going through the voluminous stack of (mostly) vintage pedals. Slowly making progress on both. The music being somewhat more open than past SP endeavors, affording the chance to use gear I wouldn’t normally use. For example, vintage line drivers (if anyone knows about those?).

For example, British guitarists like Tony Iommi and Jimmy Page drove their (dark) UK amps with an additional 35db+ of gain to both brighten their amps and provide more distortion. Which tangentially also related to Hendrix’s use of fuzz pedals. So I think this album will have a lot of unique fuzz/square wave tonalities like Siamese Dream but should be (not sure yet) less dense.”

Corgan recently reacted to Howard Stern claiming he took him back from being ‘off the radar.’ He wrote in another recent Instagram post, “Departing Europe this afternoon after an epic trek. When with SP, and as a solo artist, I crisscrossed around till I wasn’t quite sure where I was going or where I’d been. Certainly, this is one of the greatest runs I’ve ever had as a performing artist, and I can only express my deep gratitude to the band, crew, and of course loyal fan base as well as newer fans seeing us/myself for the first time.

Almost without exception the shows were fantastic, and memorable; as the impossible was endeavored in freezing cold and gale force winds, or a baking heat that choked your breath with dust. Sure, Romania was a folly (nothing to do with the fans, save for those talking and talking and talking…You know who you are LOL). And there were nights if some members of the audience were waiting for a different, perhaps more aggro SP(?). Through it all the band played spectacularly, and I was able during the WPC shows to play an average of 24-26 songs a night; the majority of which were songs written in the last few years.

I feel great times ahead, and when rock returns from the youthful ranks to flay the pop ranks I look to very much enjoy the ride. So yes, see you soon in the good ‘ol USA with Noel and the Afi’ers. It will be a blast. I’ve just got to get a lighter version of my cossack and we are all good. Till then, I’ll be updating on SP vol 2/3 progress in studio.”