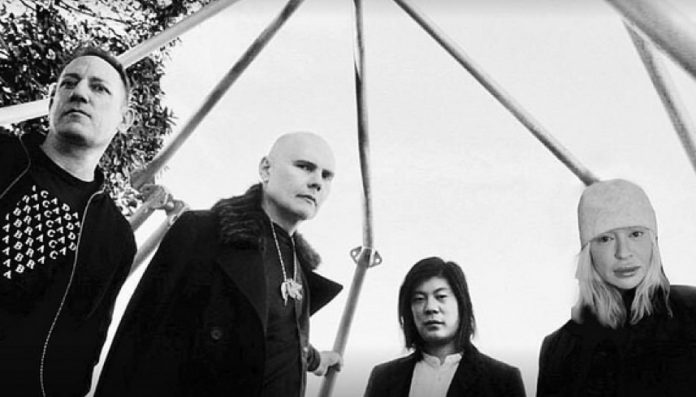 Smashing Pumpkins frontman Billy Corgan has revealed in a new interview that he never thinks the original Smashing Pumpkins lineup will reunite, with the ‘bridge being burned’ with D’arcy Wretzky.

Corgan was hyping a Smashing Pumpkins reunion for two years prior to the 2018 ‘Shiny and Oh So Bright’ tour, but he ultimately only brought back James Iha and Jimmy Chamberlin, disappointing fans hoping to see a real reunion.

Premier Guitar asked Corgan in a new interview if D’arcy will ever return to the fold, and he shot the idea down. “No. Darcy, that’s a dead end. That’s what I always tell people: She made it very clear that the bridge is burned. One thing I’d like to point out, her and I spoke for two years before it turned into a public fiasco. So we had two years of conversations about making amends and trying to put some pieces back together.

So no one was more disappointed than I that not only did it end poorly, it turned into some stupid clickbait thing. But she had every right to express herself that way. What I like to say is, the way we’ve chosen to express ourselves is to be in the band.

I know people like drama but the most important thing is the band. In the case of us three, we chose to make the band more important. It’s not like we don’t have issues. It’s not like we’re magically okay and somebody else isn’t. The issues are there; we’re a family, we go through them.

D’arcy told Alternative Nation in February 2018 that Corgan ultimately did not offer her an opportunity to return as the band’s bassist, but only as a special guest, claiming he even compared it to Steven Adler’s guest appearances in 2016 with Guns N’ Roses.

“I made him spell it out, because he didn’t want to. I was like, ‘Sorry I’m not going to be involved in the tour. I’m not interested in hanging from the ceiling in a carrot suit.’ He said, ‘Oh, that sounds pretty funny and cool!’ Yeah, no, I don’t think so.”

She also said, “I know he got cold feet, he got really cold feet. He got insecure. Everyone was told it was going to be something, and everybody was pushing for the same thing, including his manager, and nobody believed me when I said there’s not an offer. Everybody kept telling me just go out to the studio, and I said I’m not wanted in the studio.”

She also said about their two year long texting and phone call reconciliation from 2016 to 2018, “I really enjoyed our friendship. I really, really did, so much, but he’s just the same. If you say one tiny thing from the past. You have to see the texts to understand, but when it comes to money, he’s just disgusting.

We almost immediately started talking about a reunion, because he said to me: ‘Well, maybe you know, and maybe you don’t, but with this wrestling thing I kind of got myself a bit into a bit of a hole.’ That was one of the first things he said to me, it was like the second conversation we had, but we didn’t want to do the ‘reunion.’ We both wanted to do the band again, be a band again, not just do a reunion. Billy always said, ‘Oh, I’ll never do just a reunion and play the oldies just for money.’ That’s exactly what it is now.”

D’arcy even said that she was open to attempting to work things out, but she knew Billy never would. She said, “I would love to, but Billy will never do it. Not in this lifetime.”