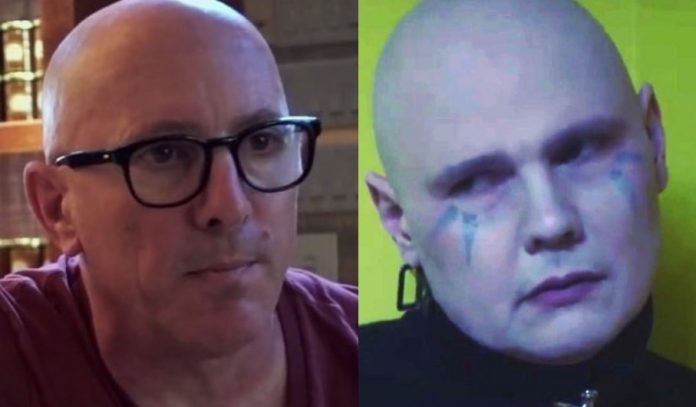 Smashing Pumpkins frontman Billy Corgan has been very opinionated over the years about his 90’s alternative rock contemporaries, but he seems to have nothing but positive feelings about the new Tool album Fear Inoculum. Corgan also revealed recently why he is ‘done’ playing with D’arcy Wretzky.

A fan asked Corgan, “What does the success of Tool’s new album mean to you?” Corgan responded, “Personally I am very happy for them, and otherwise it falls in line with what I’ve been saying about a fan led revolt against mainstream culture.”

Maynard James Keenan was caught using a phone at a Tool concert in a rare photo. Tool’s Fear Inoculum debuted at number one on the Billboard 200 chart on the issue dated September 14, 2019. It earned 270,000 album-equivalent units, of which 248,000 were album sales. It is Tool’s third number one album. Billy Corgan is working on a new Smashing Pumpkins album with James Iha and Jimmy Chamberlin, and he discussed finding peace with them in a new interview.

“When we started out, our aspirations were to be working musicians that put out albums. Then we got swept up in this MTV phenomenon where we were selling records and getting recognized in airports. That maybe took us on a journey that we weren’t necessarily prepared for. Looking back over 30 years, I’m proud we were able to produce so much music in the time we were together in that first decade or so.”

Former Smashing Pumpkins bassist D’arcy Wretzky recently responded to a Noel Gallagher insult. Corgan added, “And I’m proud that the music still matters and we can still play and we still have something to say. I think if you could go back in a time machine and tell us, ‘Look, it’s not going to work out quite how you wanted but at the end of the day, there will be peace between three of you and you’ll still get together and play music and celebrate your accomplishments and still make new music,’ we’d be OK with that.” You can read the full Billy Corgan interview at the Toronto Sun.