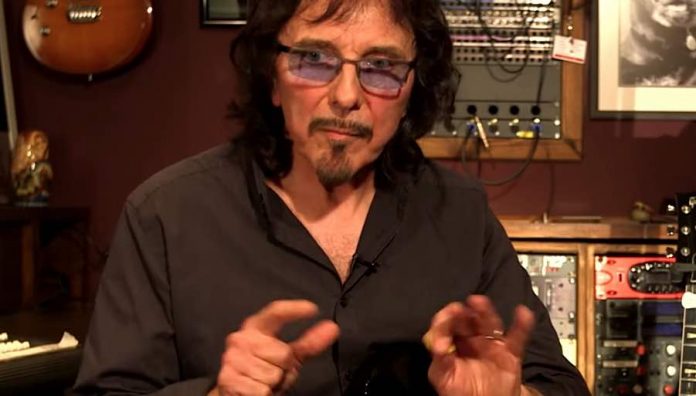 Canada’s The Metal Voice recently spoke to former Black Sabbath member Tony Martin about his upcoming solo album ‘Thorns’ that will be released on January 14, 2022  via Battlegod Productions and Dark Star Records. During the interview, Martin was asked to describe his experience while being in Black Sabbath.

Tony Martin reflects on his time in Black Sabbath

Martin joked that he believes the sound technician might have gotten paid more than him. He credits the band for which he has gained fame and now he is able to release his own album. Here is what he said:

“I think the sound guy got paid more than me (laughs). But I can’t complain too much after all Black Sabbath is what got me out into the world and it’s the reason why people know my name, my voice and ultimately it’s the reason why I am here doing ‘Thorns’ now. That voice has carried me from what I developed way back when. Sabbath is important, it’s got a great story and lot’s of great people have been involved in it and I have nothing bad to say about any of them really.”

Tony Martin had first joined Black Sabbath during the recording of their thirteenth studio album, ‘The Eternal Idol’ back in 1987. The musician worked with the band for the next five years until they reunited with Ronnie James Dio for their 1992 album, ‘Dehumanizer.’ Martin had a successful run with Black Sabbath, and he received praise from the music critics when the band released ‘Headless Cross‘ in April 1989 since the album was regarded as the best album without Ozzy Osbourne or Ronnie James Dio.

However, his position within the band was highly damaged when Geezer Butler and Tony Iommi talked about getting rid of the singer during an interview with Kerrang in mid-1991. Eventually, he was fired from the band quite abruptly.