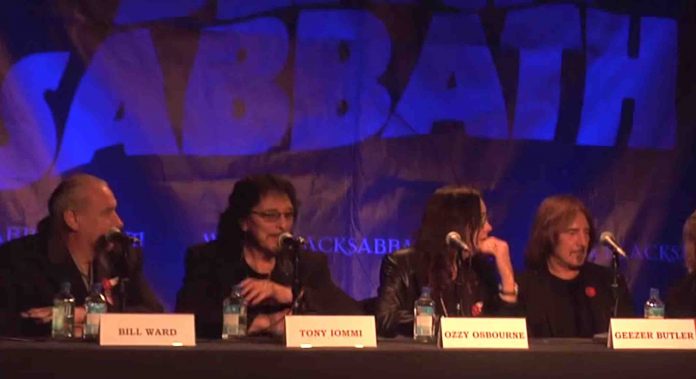 Tragic news concerning Black Sabbath, bassist and heavy metal icon Geezer Butler as he took to social media via Instagram to announce that his beloved down Missy had passed away. Butler would caption the tragic news with the following:

Fans would respond by offering their condolences for Butler’s loss. One fan going by the Instagram username robert89ak stated: “I am so sorry for your loss! Wow, 19 1/2 years is a wonderful lifetime though!” While another, the_pheno_fien would proclaim: “Sorry Geeze, it’s hard when we lose the dogs that gave us unconditional forgiveness for everything that we may have scolded them as our watchful companions, they have added days to our lives for their loving passiveness for us with unrealized beneficial stress relief for us every day”

In other news concerning Butler’s long-time Black Sabbath bandmate, the legendary Ozzy Osbourne, the ‘Prince of Darkness has a new album entitled Patient Number 9 that is due to be released on September 9th. During a recent Q&A session, Osbourne was asked to discuss several legendary contributors to the aforementioned album. One of which being Jeff Beck. Osbourne would give the following response.

“The song is about a mental institution. Having someone like Jeff Beck play on my album is just incredible, a total honor. There’s no other guitar player that plays like him and his solo on “Patient Number 9″ is just jaw-dropping.”
In addition, he would also address Tony Iommi’s involvement, stating: “It was great working with Tony. He’s the riff master. No one can touch him in that respect. I only wish we had these songs for Black Sabbath’s 13 albums.”