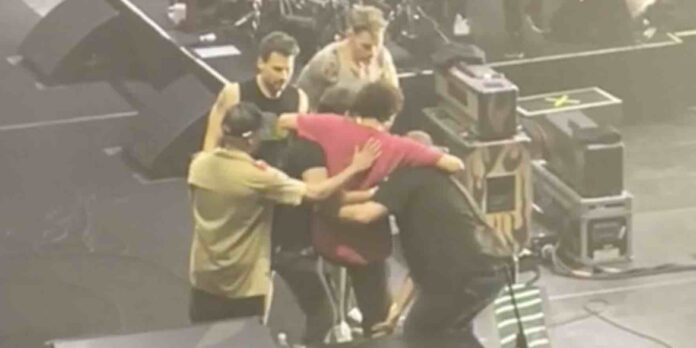 Rage Against The Machine frontman Zack De La Rocha injured his leg during the second concert of the band’s reunion tour Monday night, July 11 in Chicago, Illinois as per the reports. As a result of the injury, De La Rocha performed multiple songs while seated on a monitor, and was carried out at the end of the show after being unable to walk.

During the show, Rage Against The Machine condemned the Supreme Court’s decision to overturn Roe v. Wade and end the federal constitutional right to an abortion. De La Rocha repeatedly screamed “freedom” while a video screen flashed with statements about gun violence, black maternal mortality and abortion access. “Forced birth in a country that is the only wealthy country in the world without any guaranteed paid parental leave at the national level,” read the screen for several seconds.