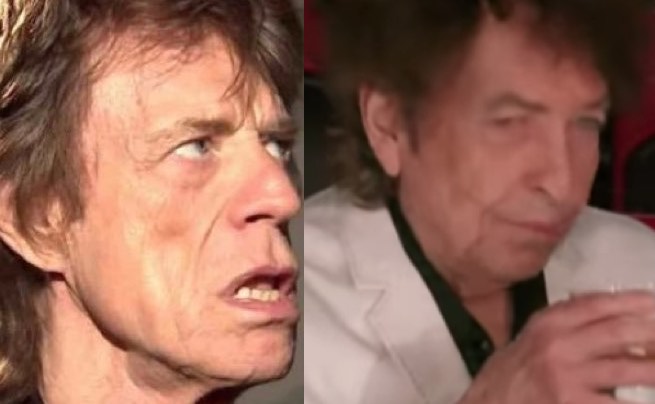 Bob Dylan flipped off The Rolling Stones member Mick Jagger and Keith Richards at a concert, according to The Black Crowes on The Howard Stern Show on Monday. Mick Jagger’s daughter recently made a bold Channing Tatum claim.

MarksFriggin.com recapped: Howard asked Chris about hanging with Keith Richards and what that was like. Chris told Howard about what that was like. Howard ask if it was happening so fast they weren’t able to take it all in. Rich said it was like that. He said they were able to hang out at Keith’s amps while they were performing. Howard said that had to be the best school to go to. Rich said he and Chris had gotten into a big fight so he got hi sown bus. He said he didn’t want to be in the same bus with him.

He said he meditated for like 3 weeks after that. He said it was just to calm down. He said he let a bunch of shit go and he got to Europe and he let all of that shit go. He said they started getting along after that. He said then they got to tour with the Rolling Stones. He said on their days off they were playing with Jimmy Page and Robert Plant. Mick Jagger recently discussed Ronnie Wood’s cocaine smoking abuse.

Chris said they did a show where they were with Bob Dylan and the Rolling Stones. He said that was the best. He said Bob was his biggest hero. He said they were behind the amps watching and they were going to have Bob sit in. He said Mick had a long satin shirt and he remembers that but not his own social security number. He said Bob went out there wearing the same thing as Mick.

Howard asked how it felt to do their song in there. Chris said it was good. Rich said they actually broke up in the middle of it and didn’t tell anyone. Howard Stern revealed a couple of weeks ago when Mick Jagger will die.