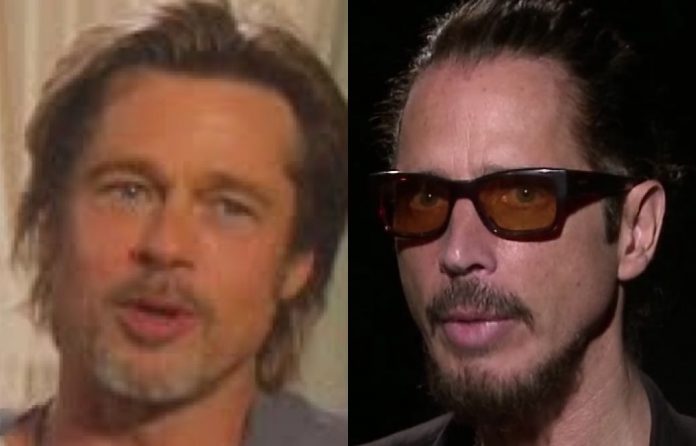 Late Soundgarden and Audioslave frontman Chris Cornell currently has a documentary project in the works from producer Brad Pitt about his life, and Pitt’s film was hit with lies a few days ago when a hoax cast list was released on IMDB. Vicky Cornell has elaborated on the hoax and the attacks on her family in a series of new tweets.

“This is completely fabricated @loudwire. Please do your research before reporting. This is a spoof IMDb page by trolls and haters who have so much time on their hands to create fake pages- a mockery. I’m sorry to the fans who were misled #fakenews #fakefans #pathetic #seekhelp.”

“No fan of @chriscornell would do such a thing. This commitment to hurting us- fabricating documents, impersonating me, harassing our children – how deranged – over 2 yrs. On behalf of my husband who’d say much more- take your crazy + stay away from us + his memory #youneedhelp.”

Vicky later told a fan, “The movie itself, every actor “casted”, the whole IMDb page- can you imagine having time to do this? For what reason other than sick and obsessed -over 2 years firmly committed to harassing us. I rarely respond about me but don’t touch my kids or my husband #offlimits #respect.”

“What kind people though spend time to make it up go to such lengths to create an imdb page, write up synopsis, cast the actors? Clearly sick, obsessed and crazy….”

She clarified that Pitt is working on a real film, but it has nothing to do with the IMDB hoax. She told another fan, “Doc true -the rest fake.” She added, “The announcement last Feb is real and in the works.” Former Creed frontman Scott Stapp recently made an emotional Chris Cornell family remark.

Chris Cornell’s daughter Toni Cornell recently released a powerful new song “Far Away Places.” She wrote and recorded the song when she was 12 years old, with her father helping her record it just months before his death. The song features lyrics that show a maturity beyond her 12 years she was at the time, a promising sign for future original material from Toni. Proceeds from the song’s sale on digital music services will be donated to the New York Society for the Prevention of Cruelty to Children. Dave Matthews recently discussed Chris Cornell’s death.

No fan of @chriscornell would do such a thing. This commitment to hurting us- fabricating documents, impersonating me, harassing our children – how deranged – over 2 yrs. On behalf of my husband who’d say much more- take your crazy + stay away from us + his memory #youneedhelp https://t.co/8KdX9M9Wz2