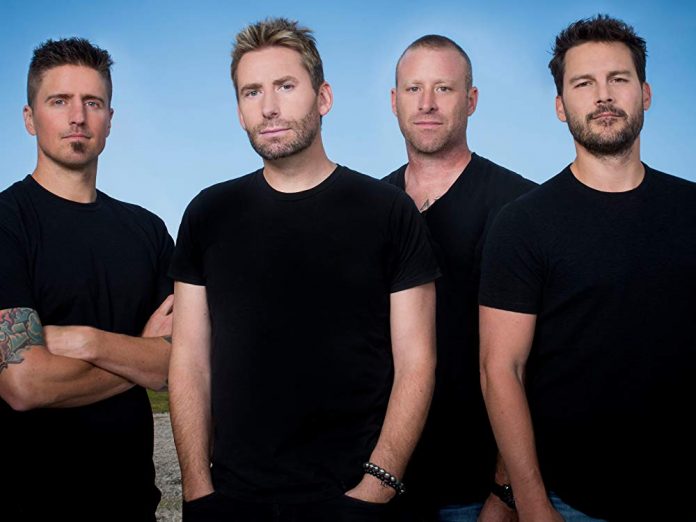 Canadian rock doesn’t just consist of Nickelback these days. Perhaps the most well-known Canadian rock band of all time would be Rush. Other notables over the years are Three Days Grace, Sum 41, Alanis Morsette, Simple Plan, Finger Eleven and of course everybody favorite rock n roll punching bag Nickelback. Finding a formula and sticking to it throughout their career enjoying success despite the harsh critiques of some. These days, up north is proving to have a diverse sound with mixes of Southern blues rock surprisingly. Taking note to their message and gravitating towards the sound. Three examples of that would be The Glorious Sons, Monster Truck, and The Blue Stones.

The Glorious Sons have gained steam in the last couple of years with their release “Young Beauties and Fools”. Lead vocalist of the band Brett Emmons says “The album was indirectly inspired by his ex-girlfriend.” Hear about the trials and tribulations of their relationship and the making of the album below on the DOMKcast with Lunchbox and Promo Brady.

Listen to “DOMKcast with Brett Emmons Of The Glorious Sons” on Spreaker.

True Rockers in the music scene. The band Monster Truck has enjoyed success over the last few years. Playing major festivals across the country and releasing a new album “True Rockers”. Dee Snider is featured on the title track and champions the band to the fullest. How did they get connected with the lead vocalist of Twisted Sister? Guitarist Jeremy Widerman explains on the DOMKcast. “Dee Snider was in Toronto. I think he was prepping to be on a Broadway show. He walked into a juice bar where they were jamming our record and asked who is this band that I’m hearing right now. Dee really reacted strongly to the band and was a huge fan right away. He started tweeting at us all the time and spreading the love on his gigantic social following.”

Listen to “DOMKcast with Jeremy Widerman of Monster Truck” on Spreaker.

Slightly north of the border is where Justin and & Tarek of The Blue Stones reside in Windsor Canada. According to Justin “You can throw a Frisbee across the river into Detroit.” This talented duo has a comparable sound to The Black Keys and Royal Blood. The re-release of their album “Black Holes” is due out this Friday October 26th.  When talking about the message that they were trying to convey with the song Tarek said “It’s about trying to choose between something secure, the safe choice or taking a risk on a path that might be a black hole but could lead to something great.”.

Listen to “DOMKcast with Justin & Tarek of The Blue Stones” on Spreaker.

They have shown the diversity in the rock bands that have come out of Canada and showcase a poignant message in their art. The passion for great rock music lives all over the world and the influx of rich talent is consistent. Each bringing their own take and unique perspective to a variety of subjects. Rock music in Canada is alive and well.