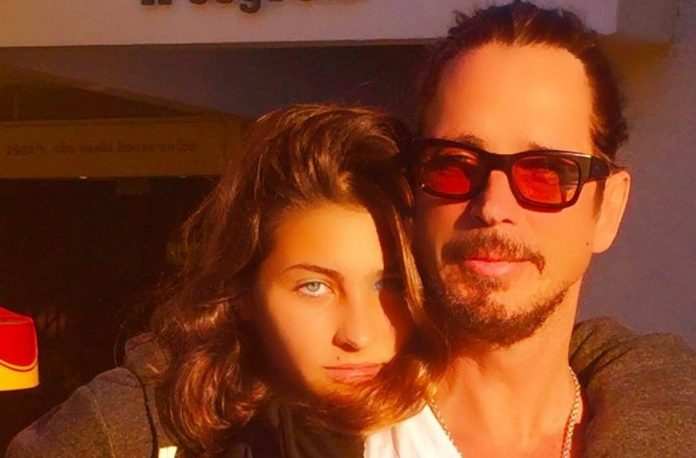 “Throwback to Xmas Eve❤️✨ Hallelujah revisited,” she captioned the video, which featured her singing with her guitar in front of a Christmas tree.

Toni, whom Cornell parented with wife Vicky Cornell, is proving that musical talent runs in the family, as she often posts videos of herself playing and singing.

“Love you so much angel,” Vicky commented on the video.

In December, Toni appeared on The Tonight Show with Jimmy Fallon to sing a cover of “Nothing Compares 2 U.” The song choice was a tribute to Chris, whose own cover of the song was nominated this year for best rock performance at the Grammys. Chris Cornell, who died by suicide in May 2017 at age 52, was also nominated for best rock album for the posthumous covers record No One Sings Like You Anymore Vol. 1.

Chris Cornell’s Nothing Compares 2 U is nominated in the Best Rock Performance category in next year’s GRAMMYs, along with AC/DC’s Shot In The Dark, Black Pumas’ Know You Better (Live From Capitol Studio A), Deftones’ Ohms and Making A Fire by Foo Fighters.Previously as well Dave Navarro noted what happened to Chris Cornell and late Linkin Park vocalist Chester Bennington.

Toni has previously covered her dad’s music, and in January 2021 recorded Temple of the Dog’s “Hunger Strike” to mark its 30th anniversary.