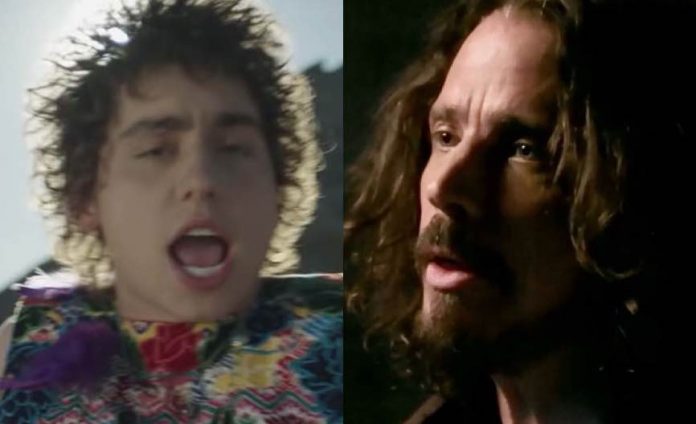 Greta Van Fleet have plenty of big name fans including Tom Hanks, and it appears they have another, Chris Cornell’s daughter Toni Cornell! Greta Van Fleet singer Josh Kiszka recently shared a photo of himself on a sailboat in hot weather, and Toni liked the picture. Greta Van Fleet recently revealed how they beat Alice In Chains and Weezer.

Toni Cornell recently wrote on Instagram, “Happy birthday daddy. I wish you were still here. There’s so much I want to tell you but I’m sure you already know…”

Vicky Cornell commented, “He knows baby girl and he’s always with you ❤️” A big name Grunge singer recently revealed how a Foo Fighters member asked him why he didn’t sing at the Chris Cornell tribute show.

Soundgarden guitarist Kim Thayil told Music Radar in a new interview about how Chris Cornell developed as a guitarist over the years, “Now, Chris wasn’t much of a guitarist as he started out. But I would show him a lot of, you know, little guitar lick tricks here – you know, here’s a triplet, here’s a series of majors, here’s a 9th. I would show him various chord positions and patterns; he was really eager, because he was using the guitar to write songs. And this was new for us, since I was the guy who was writing songs on the guitar; now there’s two of us writing songs on guitar. But it just increased the kind of material we could do, the kind of things we could do.

And consequently, because Chris started writing in a way that Hiro and I wrote, in the way that Matt wrote, because he’s writing that way, he was writing material that would challenge us in the way we played. He’s writing things in odd meter. And that was great; that was consistent with our writing style – it challenged all of us as players, and we could write in these weird tunings or uncommon meters, and Chris becomes better as a guitarist. Now he’s singing and playing guitar and challenging himself by playing in 3/4, 6/4, 5/4, 7/4, he becomes better. And he has that advantage being a drummer, playing these weird meters. But he’s picking up guitar quickly now by having that advantage.”