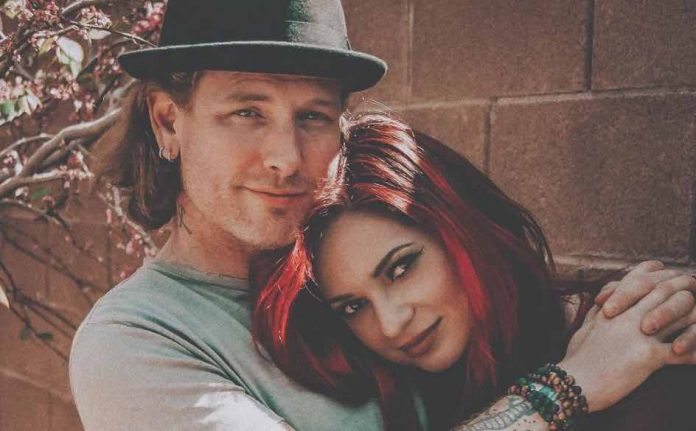 Slipknot, along with Evanescence were slated to perform at the music festival Knotfest Mexico in Mexico City. However, this was postponed due to the crowd at the festival jumping on stage then stealing and breaking Evanescence’s gear. In turn, Corey Taylor’s wife, Alicia Taylor put out the following statement regarding the incident. This new Slipknot member was filmed collapsing onstage.

The statement read: “We are incredibly heartbroken and disappointed to cancel our show tonight at Forcefest. Yesterday’s unfortunate event created an unsafe enviorment on stage with our equipment, and while we understand there is an inherent physical risk already associated with our show, we feel we could not give the caliber of performance that our fans deserve with the damage that was done to the stage and performance gear.”

This Slipknot family was devastated by another brutal death. Mrs. Corey Taylor would continue by saying: “Thank you for all the love and support yesterday – we sincerely hope you all are safe and were able to enjoy what you cold. We know what happened is not a reflection of the majority. Mexico, we love you, and we will absolutely be back.”

Fans immediately responded to the words of the wife of the Slipknot frontman. Lafloramada wrote: “I hope everyone is safe. Shows can be rescheduled but injuries can’t be undone once they happen.”

Corey Taylor recently revealed when Slipknot will breakup. Whereas longearsfarm said: “It’s not your fault people can’t act civilized. How the hell do they expect you to perform in a hostile environment with damaged equipment?”

While another fan, ahsokasixx put: “It is a pity that as bands as parents have to see this type of events and go with these images. I have regret for the whole team that suffered damage and I really wanted to see the show last night as I was so excited about my first concert. I really hope to see you again in Mexico.”