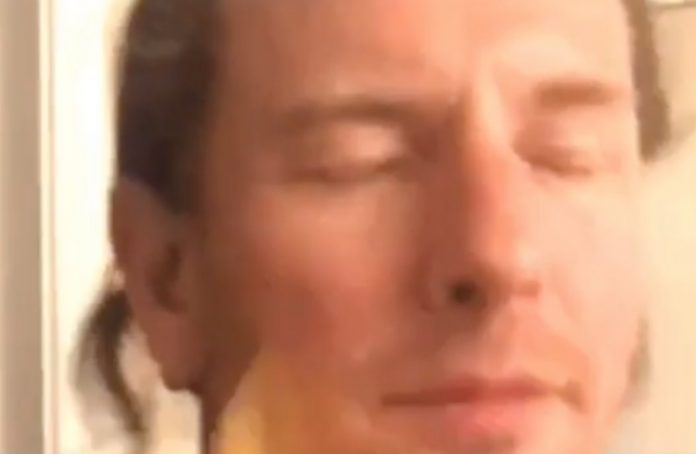 A Slipknot fan is attempting to sell a Corey Taylor mask for over $500 on eBay, though it’s unclear if it’s a scam, as there is no proof, and a ridiculous photo is used! A Slipknot member reacted to a disgusting Corey Taylor insult yesterday.

Slipknot percussionist Jay Weinberg has revealed to Outside the 9 that the band are already thinking about their next album, the followup to last month’s We Are Not Your Kind.

“Yes. I can say yes. We’re musicians. That’s what we do — we write and create music, and we’ve created songs that we’ve announced that is SLIPKNOT’s sixth album. But we’re constantly in a creative mode. So once we finish album number six, yeah, I think our attention definitely turns to, of course, touring and playing music in support of this new album that we’ve created and that we’re really excited to share. But just as artists who want to keep pushing forward and charting new territory and keep making art that we’re really proud of, of course we’re thinking about the next record. So, we’ll see. Who knows what that’s gonna be like, when that’s gonna be, but, yeah, we’re always thinking about new music and what the next album is gonna be like.”

Corey Taylor ripped new Slipknot member stupidity a couple of days ago. Weinberg also said about joining Slipknot a few years ago with two other percussionists, “I wouldn’t say it was awkward at all. It’s definitely an adjustment being in a band, having never played in a band with additional percussionists, being inserted into the band that’s known for having two percussionists as well as a drummer.

Definitely different, but it was interesting because one of the first conversations that Clown and I had when I joined the band was that it’s my job to completely ignore that because it was a question that was, like, ‘Okay, so while we’re creating new music, am I thinking about drum parts for these songs with them in mind, that there are percussionists?’

And we had a great conversation about, like, it’s my job to not even think about that at all, that the percussionist’s role totally forms around what I’m doing on the drums. And that was important for me to realize, that it’s, like, everybody in the band finds their own sonic space, it’s not up to me to cater to something that Clown’s got to do. It’s something totally unique to this band.” A Slipknot member posted a sad goodbye message a week ago.

Corey Taylor mask for $500 on eBay? Lol this guy. from r/Slipknot