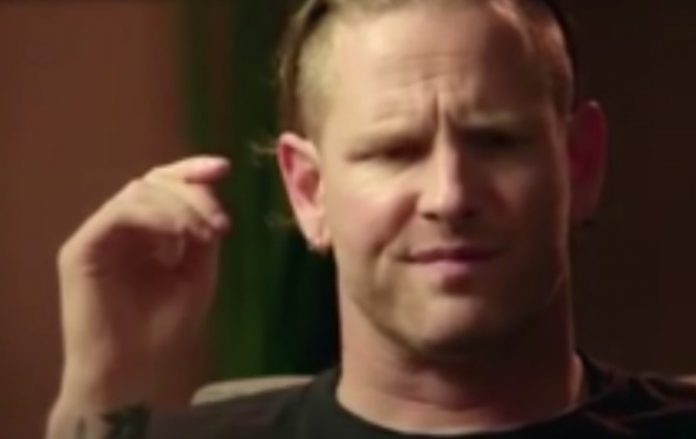 Taylor: I’m like – are you kidding me? So even if you get it right or if you get it wrong, I’m saying nothing because it’s amazing. I don’t get to watch television, this is all I get. Thank you all for being like, conspiracy nuts. It’s amazing.

Bodhi: Right, so into it that they will believe anything at this point.

Taylor: They really will. We are thinking about ways to start troll them after.

A Slipknot member covered his face in a new unmasked photo. Jay Weinberg revealed that his famous father, Bruce Springsteen and the E Street Band drummer and former Conan O’Brien band leader Max Weinberg, didn’t believe him when he first joined Slipknot in 2013.

Weinberg told Outside the 9, “I don’t know if he believed me, to be honest. No – when we had conversations about that’s what had happened, I actually couldn’t even tell him what band I had auditioned for, truthfully, for a while, ’til I asked the band if I could tell my dad. But once I did, he was very happy considering this is a band that he introduced to my life. I’m sure I would have crossed the path of Slipknot’s music at some point, but he really made that initial connection between myself and the members of the band.

So, for him to have done that for me and did me that solid of introducing me to these guys at nine or 10 years old, and then 13, 14 years later, I joined the band, he was overwhelmed and overjoyed, I’m sure. It’s something we still talk about to this day when certain benchmarks are met, or certain interesting things are happening, like playing on late-night TV, where I grew up watching him work and stuff like that, and now we’re on a late-night TV program. It’s very interesting. So, yeah, when I first told him I was joining Slipknot, I think he flipped his shit.” The new Slipknot member was hit in the face by a surprising name recently.

Listen to “SLIPKNOT'S Corey Taylor Talks To Bodhi About Their New Album & Live Show” on Spreaker.