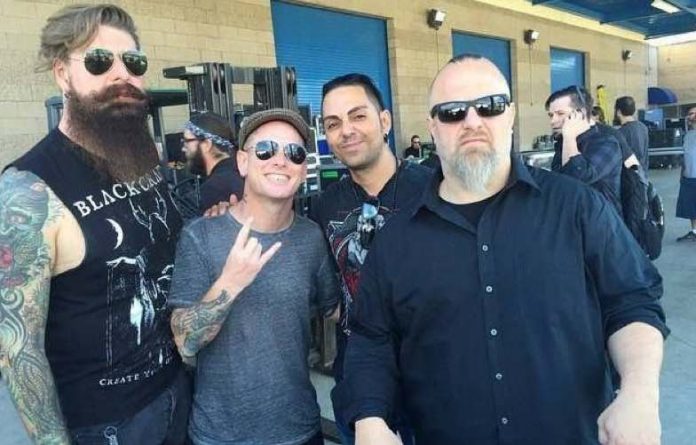 Slipknot frontman Corey Taylor has appeared to bid farewell to social media, following in the footsteps of fiance Alicia Dove, with an emotional ‘Live Long and Prosper’ goodbye message, a reference to Spock on Star Trek. Taylor’s fiance posted her own emotional goodbye a few days ago, the same day Corey was filmed tripping.

Alicia had tweeted some nasty messages in a screenshot just prior to departing social media, “‘Ignore them.’ Kinda hard when it keeps being sent to you. Kinda hard when it happens every single week. I’m tired of this. It’s disgusting. Please don’t treat people this way.”

A fan named Kat wrote, “I’m so sorry 💔 it’s a reflection of their poison not you. I hope there’s a way to deal with these malicious jealous idiots.”

Alicia responded, “Most of the time I can handle it. But I’m human. My mental health takes a toll feeling like I have to defend my character and integrity when people are willing to spread rumors. This is some mean girl shit.”

Corey Taylor called out a new Slipknot member ripoff yesterday. A fan named Lee wrote to Dove, “People who say ‘ignore them’ typically don’t understand the severity and damage these vicious comments are. Even when clearly out of jealousy. They envy you and what you’ve worked for and earned. Instead of praising “girl power” they choose to ‘attack.’ Keep being awesome!”

Alicia told Lee, “Thanks, Lee. You worded it perfectly. This isn’t just “you suck” here and there. This is intent to harm and damage reputation. These types of people are obsessed, and we’ve had really scary things in our industry happen due to obsessive hate and rage.” A Slipknot member covered his face in an unmasked photo with a fan.