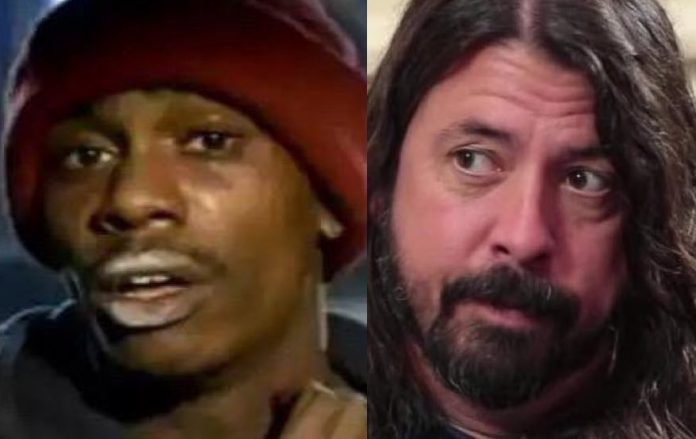 Foo Fighters frontman Dave Grohl was recently interviewed on the ‘Good For You’ podcast by Whitney Cummings, and he revealed that a drug called ‘Love Boat’ was popular in Washington DC when he was growing up, and that he really thought Dave Chappelle had tried it, but Chappelle denied it when they met. A Foo Fighters member recently confirmed massive drug use. Alternative Nation transcribed the funny story told by Grohl.

“Love Boat was PCP, or something like that. I never smoked it, it was disgusting. When you f**king burned it, it burned white hot like an electrical fire, and it smelled like fish. It was f**king disgusting. It was funny, because the first time I ever met Dave Chappelle, he grew up in [Washington] DC too right.

So it was at this awards thing, and he was at the table, and this was right around when his show [was on], I think he was getting an award for the first season or something. So we started talking, and I said, ‘Where do you live?’ He said, ‘Oh I live in Ohio, but I grew up in DC.’ I was like, ‘Dude, you’re from DC?’”