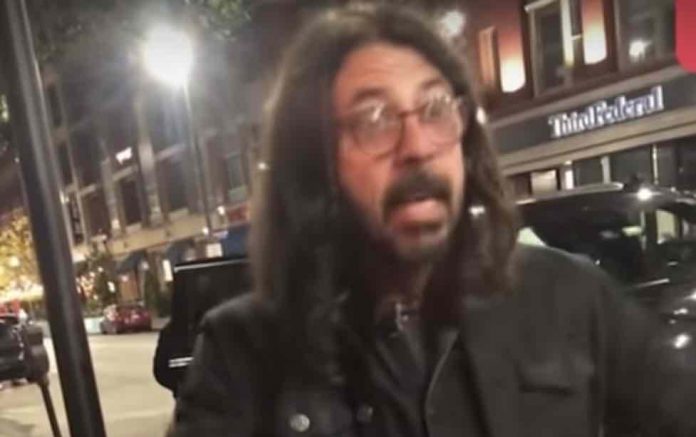 Dave Grohl has been sporadically seen since the tragic death of beloved Foo Fighters drummer, Taylor Hawkins. Grohl was most recently seen at major music festivals such as New Orleans Jazz Fest where he was spotted with Taylor Hawkins’ widow, along with another major name. However, outside of that, he’s been fairly quiet. However, in a new post spotted on social media via Instagram, the acclaimed Foo Fighters frontman can be seen celebrating the birthday of a friend with fellow Green Day members Mike Dirnt and Billie Joe Armstrong. Also in attendance are Beck and Red Hot Chili Peppers’ drummer, Chad Smith. The video, with the caption that reads: “Happy birthday Freddie, now that’s how you hit 40 in style” can be seen below.

In other news regarding the Foo Fighters, during an interview on the WTF with Marc Maron Podcast, Dave Grohl discussed with Marc Maron what he believed the most beautiful piece of music ever written was. Grohl has revealed many of his personal influences over the years, including legendary Rush drummer Neil Peart and Led Zeppelin great John Bonham. Grohl cited John Bonham as his greatest influence, and eventually had Bonham’s three-ring symbol tattooed on his right shoulder.

“The music that really got into my head first was AM radio in the car. So, this was the mid-1970s, so you’re talking Andrew Gold and Phoebe Snow and Helen Reddy and Carly Simon and 10cc—all that AM bulls***, man.”

He continued: “There is something about that era of music, where you had all of these incredibly gifted songwriters who were really proficient in their playing. Someone like Andrew Gold […] I swear to god, he sang this song called ‘Never Let Her Slip Away’. Dude, this song is not a huge hit in America, but it’s the most beautiful piece of music ever written.”