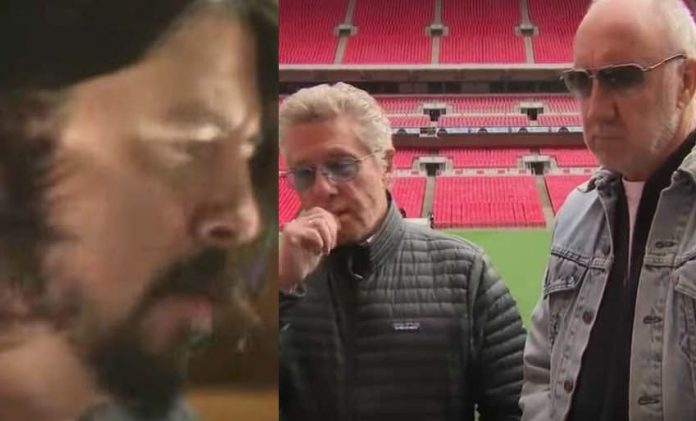 During a recent interview with ARTSEDGE, a program of the Education Department of the John F. Kennedy Center for the Performing Arts, famed Nirvana and Foo Fighters founder Dave Grohl tells the story of the creation of his first band and how his first venture into recruitment didn’t turn out so well, as the prospective members rather have played cover songs by The Who and The Rolling Stones versus writing original lyrics. Grohl revealed in the same interview how Keith Richards made him think he couldn’t play guitar. Alternative Nation transcribed Grohl’s comments.

Grohl: However, once I discovered this punk-rock music I realized you just need three chords and a big heart, you know? You just need to express yourself in the most simple form and it just opened up my whole world.

Grohl: I came back to my friends in my neighborhood band and said:

“Eh, let’s stick to The Rolling Stones songs, play kid parties or whatever.”

Grohl: That’s a funny time for any kid also because you’re on this identiy hunt, you’re trying to figure out who you are – you’re trying to connect with things like: “I connect to that,  that’s who I am, fuck that, that’s not who I am, I’m like that. I’m like this and it becomes your thing. Music just does that – when a song gets it’s hooks in you its because you identify with whatever it is.

Grohl: You know, so, I went to a show and met a bunch of other kids my age and they’re musicians – kind of. I was a musician – kind of so we made a band, started playing music. You know, with that do-it-yourself attitude, I mean you can do anything, I think.

Dave Grohl revealed the secret behind him singing “Pennyroyal Tea” to Taylor Hawkins just a few weeks ago.