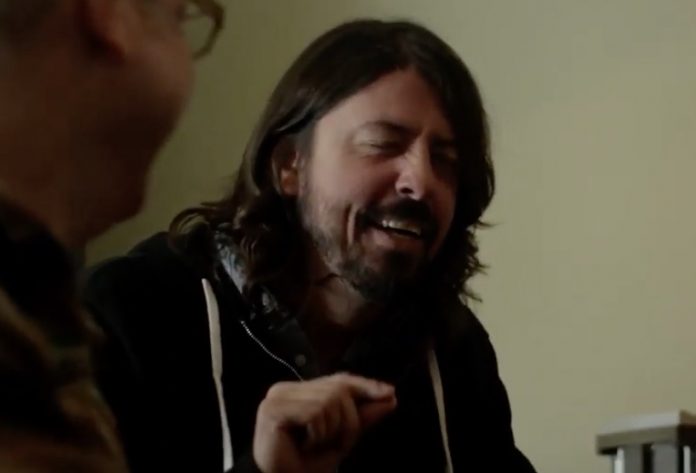 The primary songwriter for the alternative rock band Foo Fighters, Dave Grohl recently spotted with little kids, with whom he posed for pictures on the street. He went on to do the Beastie Boys pose. The picture was posted on a Dave Grohl fan page, whose caption read:

“Just went for a walk with the kids, and ran into this guy, who insisted on the Beastie Boys pose for the photo (after he sang “Intergalactic” and did The Robot for my son). Running into Dave Grohl on our walk today was our own little holiday miracle. Merry Christmas to those who celebrate!”

Grohl was recently spotted following the recent rumors about Foo Fighters member hospitalization that had concerned the fans. The global music icons and Rock and Roll Hall of Fame inductees were set to be the final day headline act at the Formula 1 Etihad Airways Abu Dhabi Grand Prix but they recently confirmed that their performance was called off due to ‘unforeseen medical circumstances’.

It was revealed that a member of Foo Fighters was taken to hospital from an airport in Chicago on Thursday, which led to the cancellation of the race-day concert at the Abu Dhabi Grand Prix on Sunday. This is according to The National News, who said a member was ‘rushed to the hospital.’

Grohl’s recent memoir The Storyteller is undoubtedly on the shortlist of best books of this year, sitting alongside the likes of Crying in H-Mart by Michelle Zauner and Endless, Endless by Adam Clair for their insightful literary takes on music. One of the best parts of the book is the fact that it allows the fans to take a leap into the legendary Dave Grohl’s record collection.