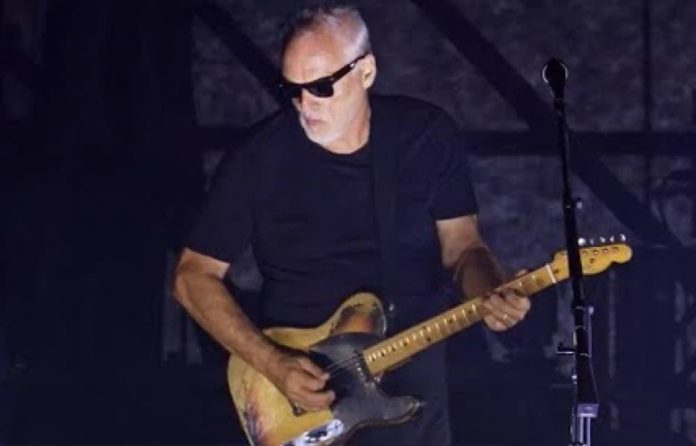 Pink Floyd icon David Gilmour‘s spouse, the unparalleled Polly Sampson recently took to social media via Instagram to highlight this photograph of her husband, rocker David Gilmour bending down next to his beloved pets, inspecting the water of his pool before a nice, refreshing swim. Go David! You can view this photo below. David Gilmour wife ‘caught’ with Robert Plant in photo.

In other news featuring David Gilmour, fans recently took to social media to reflect upon one of David Gilmour’s most iconic solo efforts – his self titled album. One fan proclaimed: “I’ve owned the original CD since it’s initial release in the ’80s, and I’ve always felt that it sounded flat and lifeless, so I ordered this remaster with the hope of at least modest improvement. After fetching it from the mailbox, I popped it in my player, hit play, and I couldn’t believe what I was hearing. This disc has depth, dynamics, warmth, and perfect tonal balance – all way beyond anything I had hoped for.” David Gilmour ‘cancels’ huge Pink Floyd reunion show.

The fan continued: “Who remastered it? Doug Sax. He and his company, The Mastering Lab, do a lot of work for audiophile labels, and he is considered by many to be the best in the business. Apparently he was given a lot of freedom on this project, because even the volume level isn’t jacked up to today’s record company norms. He gave it plenty of headroom and no noticeable compression, and it sounds sweet! This is an audiophile-quality disc for the price of standard admission. I wish they’d clone this guy.” Roger Waters announces David Gilmour ‘replacement’ news.