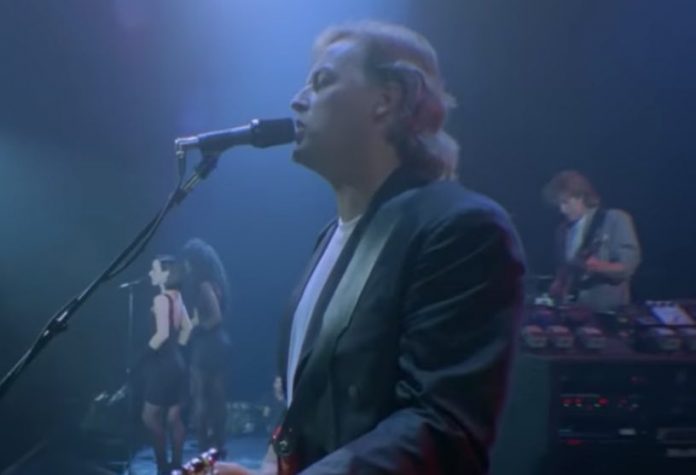 Pink Floyd legend, David Gilmour‘s wife, the incomparable Polly Sampson recently took to social media via Twitter to give her thoughts on the deadly coronavirus from a story in a prominent UK-based outlet by talking about the state of the pub that she and her rock star hubby were at was nothing more than ‘plague-central.’ Samson tweeted: “Bit lonely in the pub and I haven’t much liked signing for deliveries with my finger on the screen-thingy, otherwise it’s ok in plague-central.” David Gilmour performs for ‘small crowd’ in sad photo.

In other news regarding David Gilmour, fans recently took to social media to discuss one of Gilmour’s most enthralling live albums – ‘Live From Pompeii’. One reviewed stated: “First and foremost, I want to say my wife and I are diehard Floyd and Gilmour fans. Everyone who knows me knows Floyd/Gilmour is my “go-to” music, “anytime’. In March 2016, we traveled to the Hollywood Bowl and LA Forum from Seattle to watch the Craftsman perform all three shows. I was and am hoping the Hollywood Bowl shows are released sometime. As some of the pics below show, they were unique shows. We saw the movie at the one night only Sept 13th showing (by the way I won a movie poster at a silent auction. Now framed and hanging on my wall). I was somewhat disappointed because it did not show the entire show. I am a stickler for setlists and was somewhat dismayed when some songs were omitted or played out of order.” David Gilmour wife ‘caught’ with Robert Plant in photo.

The reviewer continued: “That being said, I received the CD and video of David Gilmour’s Live at Pompeii the day of release. Just tonight, we watched the Blue Ray. OK, WOW! I felt like I was there. Although; I would have donated a kidney to be there those nights, I actually felt like I was in the crowd. The mix was good but as one reviewer pointed out the bass was somewhat missing. I hardly noticed it because of the mix of the other instruments. I noticed as another reviewer pointed out, the subtleties of catching certain notes on the mix. Very impressive to catch those. In all, MW is right. It’s not Pink Floyd at Pompeii. It’s a musician who had the honor and privilege to play in the Pompeii arena, not once but twice and the first since the Gladiators to perform in front of an audience. Nor is it Remember That Night. On that tour, David played with his long time friend, Rick Wright. And above all else it’s not Pulse. All directed by different people at different times. I have all of David’s and Floyd’s videos and still enjoy them very much.” David Gilmour ‘cancels’ huge Pink Floyd reunion show.