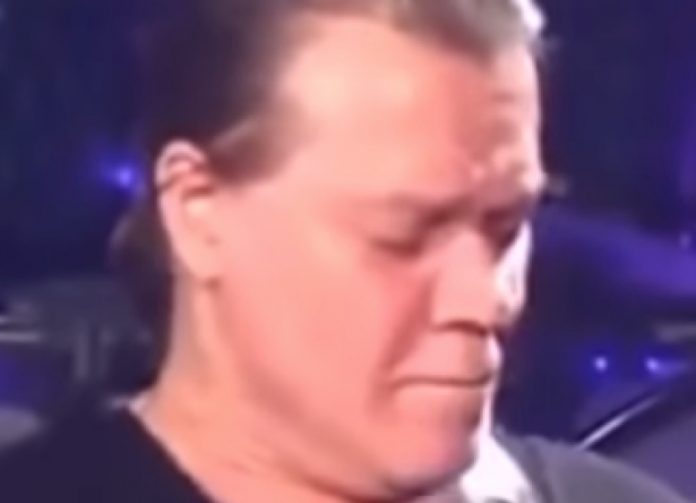 GlennyVH asked, “Live Right Here/Now question. I heard that this album was not actually “live” in the truest sense of the term in that it wasn’t recorded at an actual concert but rather played in the studio then had crowd noise added to simulate an actual show. Is this factual?”

I liken it to learning much later on, via the internet, that Eddie didn’t paint the awesome 5150 guitar… Still very cool, and something I associate with Him. Many, many, live albums have studio touch ups etc. I don’t let that taint my enjoyment of them. Kind of like Eddie telling the story about how he ‘cheated’ on the Little Guitars intro, and fooling people into thinking he was a finger picking/Flamenco master. The way it sounds through your speakers and how you react to it is what matters, IMO.”

A Motley Crue member revealed a heartbreaking Eddie Van Halen photo yesterday. Sammy Hagar recently discussed working with Ronnie Montrose at the Grammy Museum, “I learned how to perform on stage and not be inhibited, because Ronnie was a total recluse. He was the most shy guy. He would stand in a room and stand against the wall and just look at people. He was so unsociable, [but when] you cut him loose on stage… Van Morrison is the same way. He’s all shut down, gets on stage and does all this weird stuff. I’m going, ‘Wow, I’ve got to not be embarrassed.’ It’s embarrassing to perform sometimes. It’s embarrassing to sing. It’s embarrassing to be sitting here right now, but you’ve got to just do it. [With] Ronnie, I learned, really, how to sing.”

Hagar added that it taught him that he wants to play music with people that he likes, “I also learned how to treat bandmembers, because he wasn’t good at it. When I left Montrose — when I got thrown out of Montrose — I said, ‘I don’t want to play in a band with people I don’t like.’ Friends first that can play. That’s kind of my motto, because you’ve got to live with these people. That was a good lesson for me.”