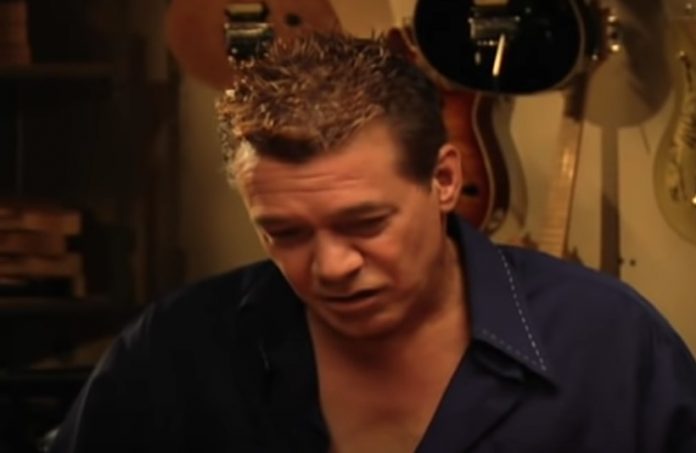 Motley Crue guitarist Mick Mars recently revealed a photo on his ‘liked’ tweets feed on Twitter of Eddie Van Halen after he reportedly was receiving treatment for his throat cancer, with his wife detailing a disease scare. David Lee Roth has also declared Van Halen ‘finished,’ with rumors that he is now out of his contract with the band, and speculation that maybe Sammy Hagar could someday return.

Jungle Drummer on VHLinks.com recently criticized the production on one of Hagar’s most iconic album with Van Halen, “I don’t know what it is, but some of you guys act like For Unlawful Carnal Knowledge is the Holy Grail of all rock drum records. To me, on some of the tracks on For Unlawful Carnal Knowledge, it sounds like the kit is either over mic’d or the mics are too close to the drums. The toms on tracks like Poundcake and Judgment Day are so muddy as to be almost indistinguishable.

Then on tunes like Runaround, Spanked, TOTW etc the toms just sound too dry. It’s too bad the toms don’t sound all through the record the way they do on Pleasure Dome and Man On A Mission, because they sound great on those two tracks. I’ll take the toms on OU812 and Balance over For Unlawful Carnal Knowledge any day.”

Mick Mars himself is busy with the Motley Crue reunion tour in 2020 with Def Leppard and Poison coming up, and he recently apologized after promising free Motley Crue tickets to fans a few years ago if the band were to ever reunite. Mars said, “While I was clearly joking about the free tickets that night on TMS, I was also deeply convinced that we would never ever be touring again. I would never have expected to be facing a whole new generation of fans demanding to see us play.”

TenBenny responded on the MetalSludge.TV forums, “New generation? The band “retired” four years ago. He’s out of his mind if he thinks there was that much of a change in four years. There seems to be some tap dancing to get himself out of that stand he took, and last I noticed Mick wasn’t that mobile. Also, how convenient that he says his solo album was almost done. Damn! If only he didn’t have to go out on tour! 😀

Now here’s another question. How would the band really know how much of a response there was off of the movie? Is management taking surveys? Is Nikki back on the sidewalks sharing food? Are brand new fans writing the band letters and emails in droves?” With Motley Crue back on the road, fans can only hope to see Van Halen back someday. A Guns N’ Roses icon even called out Eddie Van Halen disrespect earlier this week.

This **appears** to be a recent picture of @eddievanhalen. If so, good to see him out and about and hopefully headed to a full recovery from whatever's ailing him. 🙏https://t.co/UlGGmE0k5U pic.twitter.com/ltRA8LBVYN