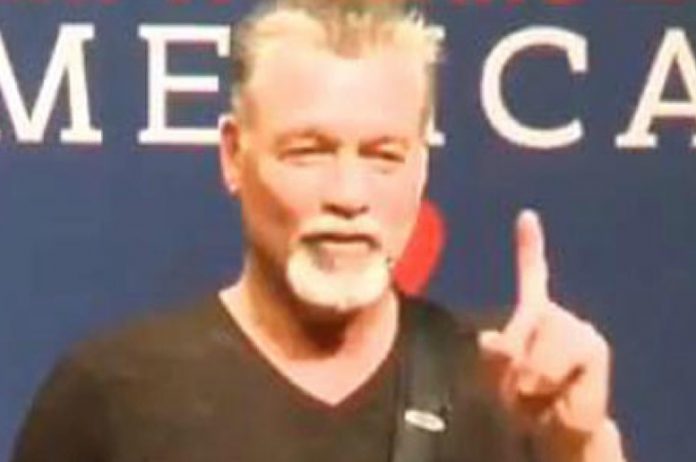 Mitch Lafon tweeted, “On This Day – November 3rd 2006. The mighty Van Halen announce new bassist, Wolfgang Van Halen. What did you think of the change?”

Wolfgang responded, “Ahh good times. Can’t believe it’s already been a year since the last time you posted this, inviting all the happy people to shit on me on my timeline. Thanks, kind sir!”

Mitch then said, “No invite to shit on you… I personally think you’re terrific. As is anyone that’s been in VH.” He added, “P.s. – let’s do this again next year… I’ll update the picture too! Which one should I use next year?”

Wolfgang shot back, “Whoops, I mean… HE’S THE WORST. HE HAS MADE MY LIFE A LIVING HELL SINCE THAT VERY DAY WITH HIS SUB PAR MUSICAL ABILITY.”

Mitch wrote to him, “Comedy aside… how about an update on the solo album! I want! Take my money.”

Michael Anthony dropping a Van Halen breakup bombshell was recently revealed. Despite many fans acknowledging how talented Wolfgang is, many fans were not happy with Anthony, one of rock’s most beloved bass players, being fired from the band just before they reunited with David Lee Roth.

A fan named Allesando wrote, “well if you wanna be in the spotlight…. i grew up with the energy of the other bass player; youre great, he got screwed over by family politics. part of my money made y’all rich.. stop whining and get an award winning smile like Mr Anthony.”

Partyman commented, “You’re an awesome bass player and off course you are also reel van Halen so I have no problem with you being in your family’s band at all. But still I like old school van Halen the most and miss Mikey in the band just like I miss Ace Frehley in KISS. Have a great day.” Eddie Van Halen disease ‘concern’ was revealed last week.