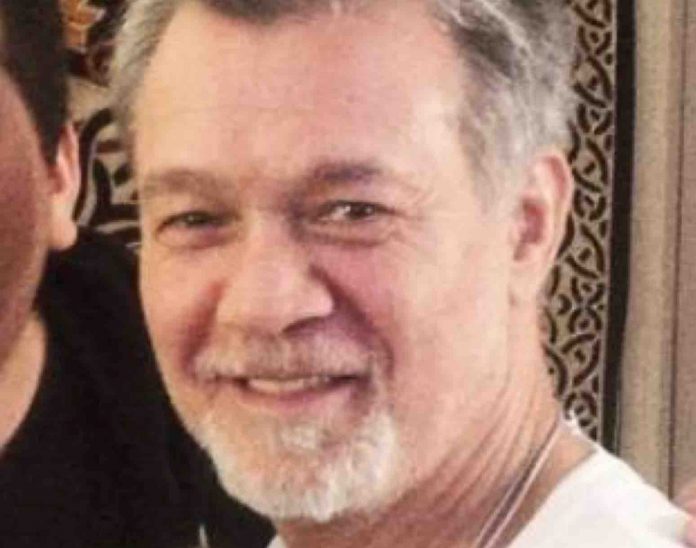 Eddie Van Halen reportedly having throat cancer again has been one of the biggest story in rock in recent weeks, and SiriusXM host Eddie Trunk recently received a call who was complaining about the amount of coverage Van Halen’s health and recent public sightings have been getting. A big name revealed yesterday that there may be ‘worse’ health news than the cancer bombshell for Eddie Van Halen.

Trunk said there is ‘great concern’ for Eddie’s health, according people behind the scenes, despite Eddie seeming to be in good spirits in new photos. Alternative Nation transcribed Eddie Trunk’s remarks.

Trunk said, “To think there is nothing going on here, and there is no story, a guy who is probably in the top three most innovative, influential, groundbreaking guitar players in the history of rock music is not something that should be talked about is absolutely ludicrous. His point being, thinking this is being ‘played,’ some sort of marketing thing? You’ve got to be kidding me.

The frustration is over the fact that we don’t have a statement from the band members themselves or organization. The concern is over if the man is okay. Every indicator behind the scenes is that he is not, that warrants great concern from people who grew up and love Van Halen’s music, which there are countless many more.”

Eddie Van Halen’s ‘goodbye’ message to a bandmate recently leaked. Trunk later added, “There is serious concern over the health and the future of one of the most loved and influential icons in rock music, and that’s all it’s about, and until there is a definitive answer, that speculation is going to continue.

Sorry if you don’t like it, but the guy is loved and revered, and has influenced millions. So why wouldn’t there be concern when there is nothing coming back of anything going on? And everyone with any real knowledge behind the scenes of the situation will tell you there’s something to it.” Eddie Van Halen was ‘caught off guard’ by a fan in a recent photo.