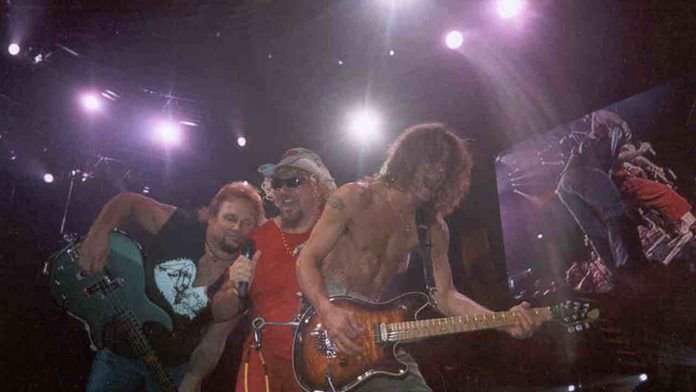 The fan told Hagar, “Just got done reading Ted Templeman’s book. I had no idea u guys had hooked up before VH via Montrose. Crazy story to think he contemplated having u replace Roth at the very beginning.”

Hagar responded, “🤙Good book.” Templeman and Van Halen considered replacing Roth with Hagar in the mid-70’s due to Roth having vocal issues, but he ended up improving and becoming one of rock’s most iconic frontmen. Hagar later replaced Roth after he quit the band in 1985 to pursue a solo career.

To me, he really is an alternative guitar player; I know he gets kind of lumped in the other way. And so they allowed me to basically have a four-hour interview with Eddie at his studio. I got to sit two feet away from Eddie and watch him play, and I’m telling you, it was like a religious experience. I mean, the man was so gifted, so kind.”

Corgan added: “I’ll tell you a quick story. Towards the end of the interview, I said to him, ‘There’s all those stories about the amp you used on ‘Van Halen I’ and tada tada da. I said, ‘Do you still have the amp?’ He goes, ‘Oh, yeah.’ He takes me around the corner, kind of near the dustbin, and he’s, like, ‘There it is.’ I go, ‘What about all the stories that you did all this special modification?’ He goes, ‘Oh, it’s not true at all.'”