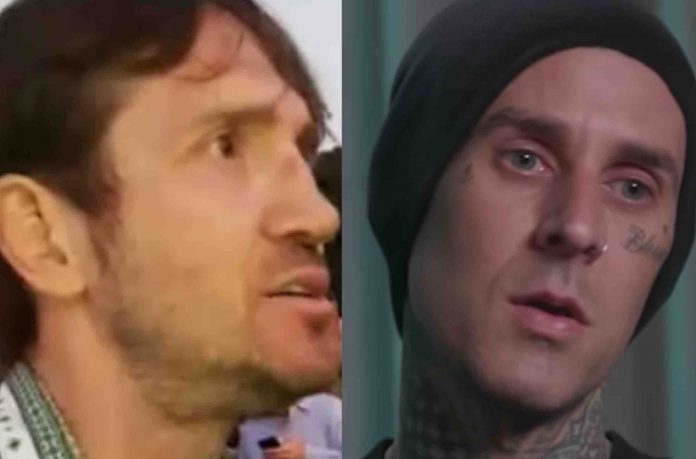 Blink-182 drummer Travis Barker liked Flea’s post announcing that John Frusciante is rejoining Red Hot Chili Peppers, replacing Josh Klinghoffer on guitar. Many Blink-182 fans were depressed by this, as they would like to see Tom DeLonge back in the band to replace Matt Skiba. A fan even tweeted Mark Hoppus a version of the Chili Peppers announcement with Blink-182 names inserted.

JustinGitelmanMusicOnly responded, “Of course it’s possible. All of the members are open to it. It’s just that Blink isn’t really a fit for how Tom wants to live his life, so if it happens it will be temporary and be because they want to do it for old times sake.”

Fans on the RHCP Reddit compared John’s 2019 return to his 1998 comeback. Mexicowallace posted on Reddit, “People who were around for John’s first return…How does this compare? Are you just as excited? I got into the Chilis between Californication and BTW so never experienced it. I was so so so happy when I heard the news, I thought it must be some kind of sick joke. What’s it like for you guys that have been through this before?”

ScottHilk said, “More. At that point he really only had 2 albums under his belt. Now, 5, and a much greater legacy.”

Conradfr chimed in, “The world was different back then, there was basically no social media or even non nerds online.

I’m pretty sure most people weren’t even aware it was a different guitarist on OHM. Fans, yes, but you would just go with the flow as he didn’t have the goat-like status he has now and member changes are quite common in rock bands anyway…”

DukeHawk0904 commented, “Less (but still very excited). The first time was a real personal triumph. After he left the first time, things were bleak for him personally and for the band. Him coming back really rejuvenated the band and they had a great run creatively, and everyone was sober together.” Rage Against The Machine dropped a John Frusciante bombshell earlier this week.