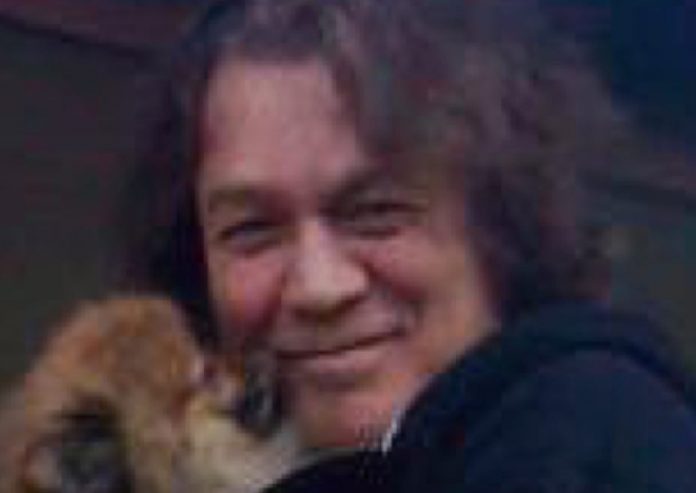 Eddie Van Halen‘s son Wolfgang Van Halen has posted a new photo collage to celebrate 2020, including a photo with his father on an app that swaps their faces and makes them look like women. Eddie Van Halen’s wife just announced a tragic loss.

Edwardv posted on VHLinks.com, “If I had to choose between being Ed living large and being in VH cashing in early or being Jack Lalane and checking out at 95 for me it’s a no brainer. Ed all the way.”

Snowdog responded, “I just don’t see why it should be a choice though. As almost everyone has said, it’s a ton of abuse that he has put himself through. I don’t get why people do that.

On the other hand, all 4 members of Motley Crue are still with us, so clearly the human body can withstand a lot of punishment and keep on going. In fact, really, when you think about it, there are a huge number of rock musicians were have been notorious for their excess, and most are still doing fine. Keith Richards, Jimmy Page, Eric Clapton, the guys in Aerosmith, etc. They’re all in or near their 70s and still get around fine. I’m not sure their life span is any different than their peers who didn’t abuse drugs and alcohol. I still will never understand why people do it, though. You couldn’t pay me to.”

Dave’s Dreidel responded, “I think you are forgetting all the rock stars that die way before their time and only mentioning the ones that are still alive and touring.”

Snowdog shot back, “No I get that, a ton of them die because of specific ODing instances so that brings the averages down, but I’m saying the overall wear and tear doesn’t seem to be affecting life spans. In other words, yes, it’s dangerous because you can drink yourself to death in one night like Bon Scott or John Bonham, but long term effects don’t seem to be deadly. I don’t see rock stars randomly dropping dead at 55 or 60 one day because they did drugs and alcohol like crazy in their 20s and 30s and abused their bodies.

It’s like life spans in general. The average is far higher now than in the 1800s for example, but I don’t think people are actually living any longer, you just don’t have the huge mortality rate of young children that used to bring it way down.

None of this is a defense for doing that stuff though.

I guess my point is that people keep acting like Eddie could drop dead now any day because of prior decades of abuse. I can’t think of any clear examples of that.” Sammy Hagar recently revealed why he can’t play a classic without Eddie Van Halen.