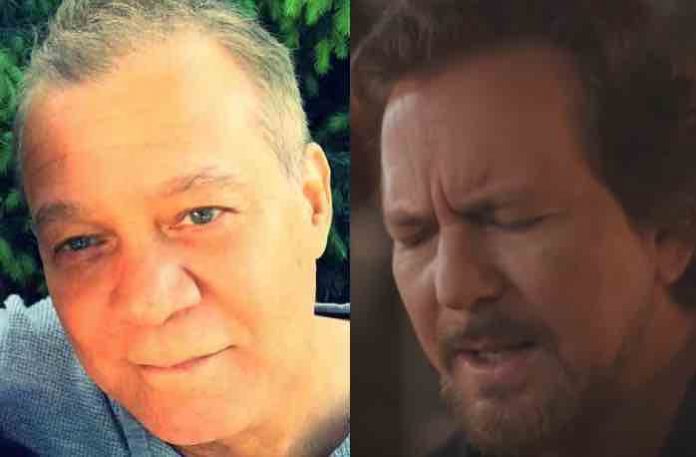 “I did [meet him]. It wasn’t even that long ago. We went down, because all my records on vinyl were getting a ride down to the show, so we had a drink in the back. I’m looking for some CD’s or something, and I got nothing. So then I remember I had an 8-track, like a ghetto blaster, but for 8-tracks, these kind of red things.

I brought Van Halen I and II on 8-track, and that’s what we cranked on the way to the Tacoma Dome. Cranking our 8-track, and then we walked in, I was like you know, I’m going to take that in, because we might get to meet him, and I might even get him to sign this damn thing. Sure enough we did, and I was a little nervous, because if you are Eddie Van Halen, you could be a complete asshole, and I would totally respect that.

You could be however you want if you’re Eddie Van Halen. It turned out that he was the sweetest, sweetest guy, and I kind of sheepishly say, ‘Hey, Ed, would it be funny if I asked you to sign this thing?’ He said, ‘Oh my god, look at that. Wolfie, come over here!’ He had his son come over, Wolfie looked at it like the Coke bottle in Gods Must Be Crazy or something, he just didn’t know. He said, ‘This is what we used to put out.’ He explained it. So I have this nice thing where he wrote, ‘To Eddie, from Eddie.'” Sammy Hagar revealed he’s open to playing with Alex Van Halen yesterday.