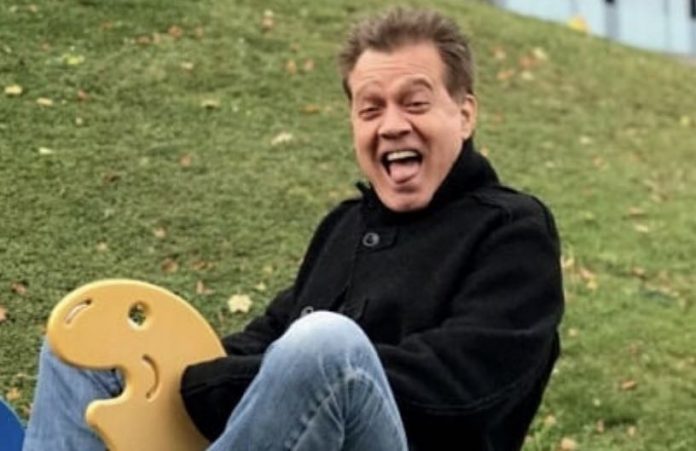 Eddie Van Halen showed off the good guy he is at what may have ended up being one of his final performances if Van Halen never tour again according to a fan on the VHLinks.com forums, who said Eddie bypassed a sad security threat to take a photo with children. Fans have been concerned about Eddie Van Halen’s health since David Lee Roth made cryptic comments about hearing rumors but refusing to elaborate, while SiriusXM host Eddie Trunk has talked about Eddie’s health since the rumored Van Halen reunion tour with Michael Anthony fell through, posting a new restaurant bar photo of Eddie Van Halen.

Destructo3 posted, “Amen Raldo. Same here only my son and daughter. AND, turned out we stayed in the same hotel. Despite security threatening anyone approaching them, Eddie saw my daughter with her Frankie shoes on and approached allowing a selfie with his arm around her. Memory I will never forget.

Man do I feel like shit after reading through the second radio interview and posts. Doesn’t sound good. Praying for the best…”

ziggysmalls posted, “I didn’t listen to the actual interview but read the highlights.

I remember a month or so ago, Dave was interviewed and said he was going to talk to the brothers very soon. Now he has Vegas lined up. Obviously no proof or anything but I believe his meeting was probably to ask the brothers what is going on. Can he do a show or shows as DLR without having what happened to Mike when he supposedly got blessing to play with Sammy but ended up getting fired. The two bands comment.

He may have said ‘if we are not doing anything are you going to hold it against me doing something? I want to be the singer but don’t want to tick you guys off’ So maybe had a heart to heart and now he has Vegas because it was made known to him that VH isn’t doing anything for whatever reason. That is the reason why he said he is still the singer from what he gathers. I imagine he knows Eddie’s health but was simply talking around it.” A Van Halen icon recently took a brutal shot at Michael Jackson.