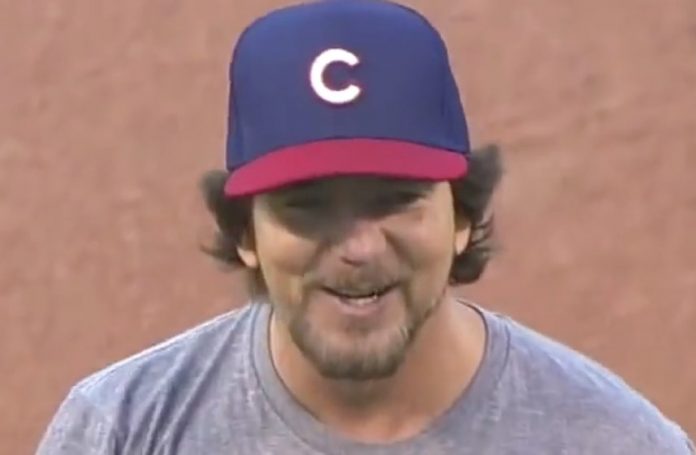 Pearl Jam frontman Eddie Vedder was spotted at the Rock 4 EB show with ‘Friends’ and ‘Scream’ star Courteney Cox in a photo. Vedder recently announced a new performance to follow up his ‘Rock 4 EB’ performance in Malibu with Adam Sandler, and his performance at the Ohana Festival with Red Hot Chili Peppers and The Strokes last month. Eddie Vedder’s wife was ‘saddened’ by terrifying news yesterday.

Leebug87 posted on the Ten Club board, “Yeah, I just received a reply back to the email. Sold out. I was ready to change my flight to arrive a day earlier as I’m due to be in LA on the 3rd!” tempo_n_groove said, “This sounds like it’s for rich elite people and not the common folk?” Leebug87 shot back, “Yeah, not really sure the purpose of tweeting it out as I’m sure it was sold out already before the tweet even was sent out. Last year only 300 people attended.”

JimJam1982 chimed in, “Well this kind of explains why there was no 10C email or formal announcement. The tweet kind of got me excited for like 5 minutes. Probably wish they were just in the studio instead of this hah. ” Eddie Vedder was brutally disrespected by John Oliver on television last weekend.